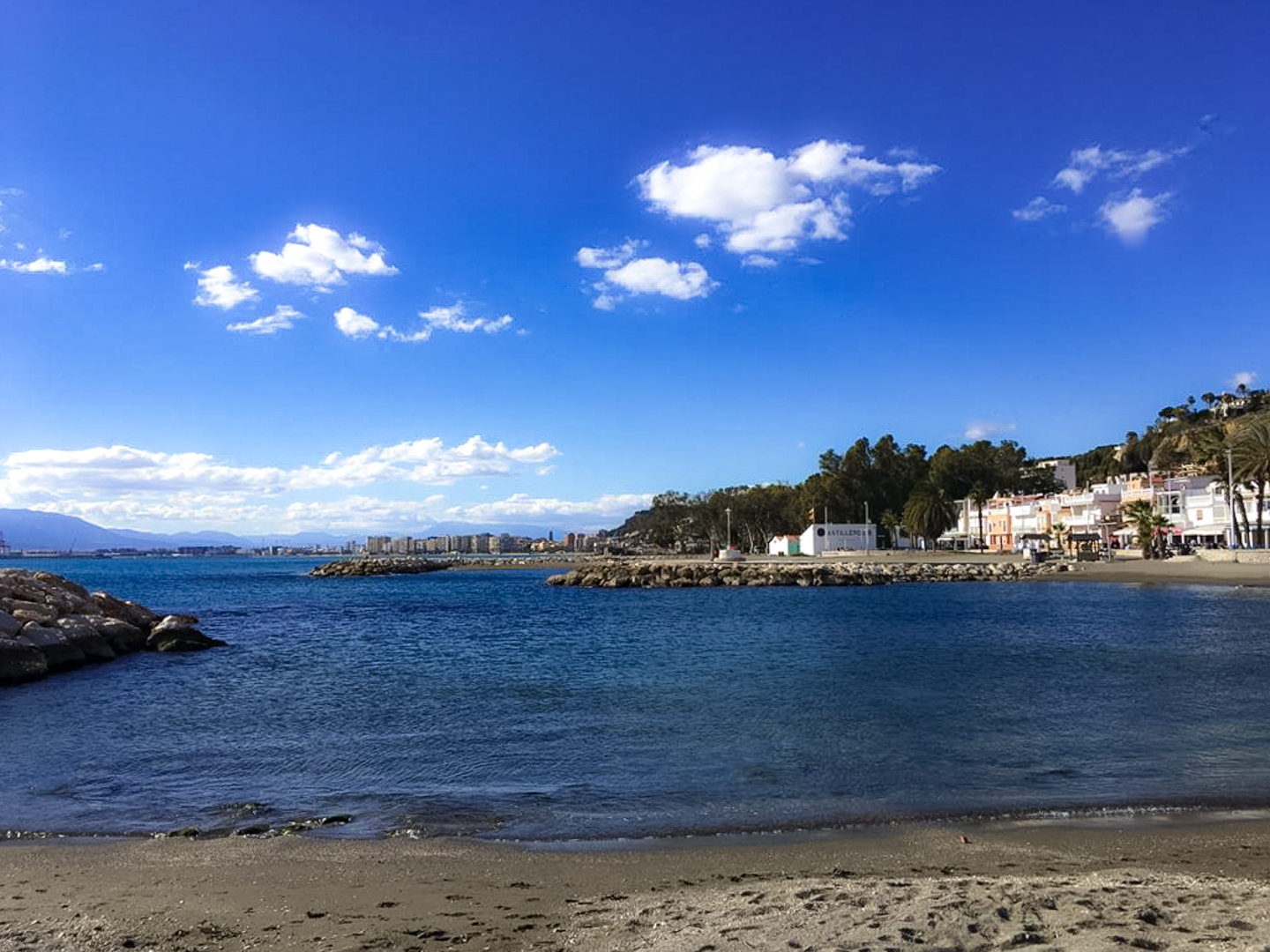 Generally speaking, Spain is a highly visited country. Especially since the last decade more or less, Malaga specifically, has become one of the people’s favourite destinations. Malaga has become an incredibly popular holiday destination since it offers so much variety! The province is culturally and historically rich. She provides many touristic attractions that are undoubtedly worthy of your time. Not only is Malaga the perfect place to visit, but also to live! For many different reasons, numerous foreigners have decided to leave everything behind and start their new lives in Malaga, Andalusia. In this guide you can find the information you need to know about the ins and outs of Malaga province.

Is Malaga a good place to live?

Out of the 8, Malaga is the most developed province from Andalusia. It is located on the south of Andalusia by the Mediterranean coast, and is surrounded by 5 other provinces! This means that Malaga is better connected to its surrounding areas compared to other provinces. Because of its rapid economic and touristic development over the last twenty years, Malaga has become the centre of communication with other countries too. High velocity trains (AVEs Alta Velocidad Española) and aeroplanes transport you from to any national and international destination. The now-expanded International Airport of Malaga welcomes thousands of people per year. The airport currently has an average of 450 flights per day. Moreover, both the airport as well as the translation are easily accessible from any region.

Those stunning haciendas and cortijos in the countryside of Malaga await you from the very moment you get out of the plane! 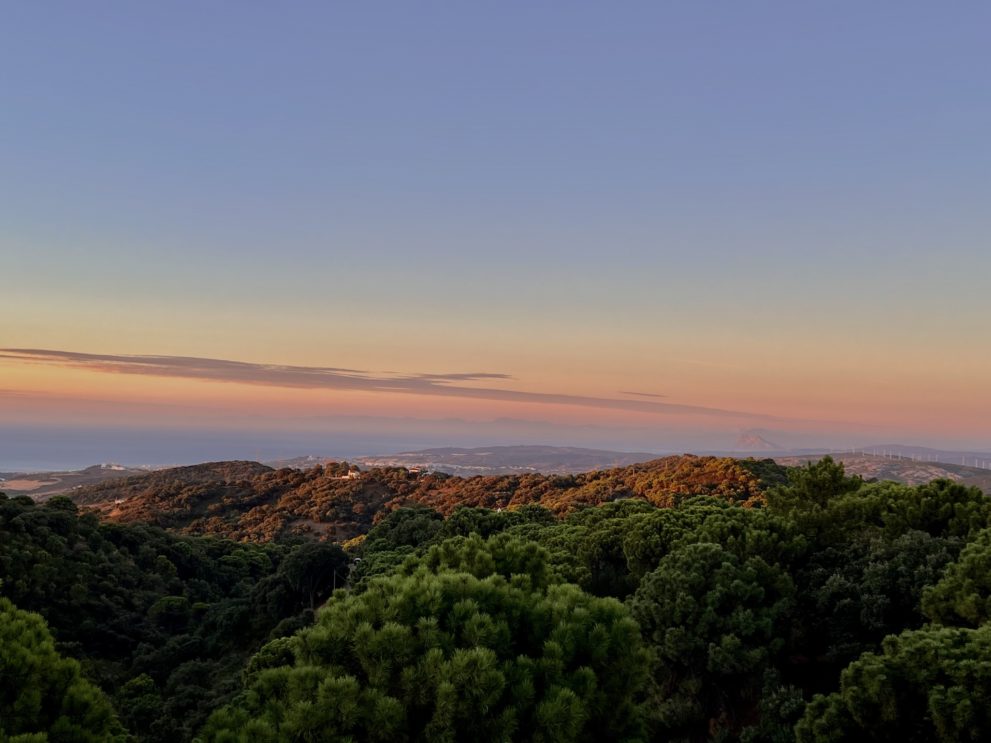 What languages do they speak in Malaga?

The main language spoken in Malaga is Spanish, of course. Or perhaps we should say, Andalusian. Down south, the Andalusians speak faster and have different ways of pronouncing and articulating their words. Some say the Andalusian accent is closer to a dialect than an accent. So don’t be shocked if you can’t understand them at your first try! The locals will try their hardest to communicate with you.

However, since Malaga has become an international hub, Spanish is definitely not the only language you will hear. As you walk on the streets you will hear English, Dutch, French, German, Swedish, Italian, Japanese, Korean, Chinese and so many more! Especially in summer when the cruise ships arrive at the port, you will hear languages you have never even heard before. The locals know that internationals love coming to Malaga so quite a few of them speak English, French and or German. When you need to buy something in a shop or order at a restaurant, the language barrier will not be a problem.

What do I need to know about Malaga?

Here are some fun facts about this magnificent province.

A Spanish tradition that is honoured by everyone is the the Semana Santa, Holy Week in English. It is celebrated between March and April. During the Semana Santa in Malaga religious processions take place that are some of the most beautiful and spectacular ones from the whole of Spain! Did you know that Antonio Banderas, originally from Malaga, comes back this specific week to form part of this deeply rooted tradition? That shows how important Semana Santa is for the locals.

Over the last few years, the city centre of Malaga has been renovated. Up until today, the Town Hall keeps making plans to improve the city. Because of this brilliant and entrepreneurial insight, Malaga has become worldwide bate for tourists. This also means that the economy has grown immensely in the past 2 decades. Film evenings, flamenco shows, and fun evenings at the local bars make the picture complete. Moreover, luxurious hotels, rooftops with breathtaking views and restaurants with the most delicious food have opened over the years. Malaga is known for its fantastic restaurants. Malaga province counts with several chefs whom have been awarded numerous Michelin Stars. Dani Garcia for example, has been awarded 3 Michelin Stars and Benito Gómez has been awarded 2 Michelin Stars!

The Malaga port is currently one of the most important ones in Spain. Ever since it was opened it has become a second popular arrival spot for tourists to enjoy the city centre and province. During summer especially, countless cruise ships arrive and disembark thousands of tourists wanting to take everything in and see everything the marvellous city centre has to offer.

Was Pablo Picasso born in Malaga? Yes! The famous Spanish painter was in fact born in Malaga. If you wish, you can visit his childhood home, which is now the headquarters for the Fundación Picasso. His museum, a smaller version of the Pompidou museum, along with many others, are open to visitors throughout the year. Ticket price depend on age and students almost always get a free entry or a reduced price. A myriad of museums have opened, but Malaga has more to offer than only museums. After all, Malaga was once conquered by the Arabs and by the Romans in different time periods. Both cultures have left their footprint in the form of stunning architectural monuments. An example is the Alcazaba, the Moorish palace. This was built upon Roman ruins, intended for defence against pirate attacks.

What places should I visit in Malaga?

There are a plethora of activities and places readily available to visitors. To begin with, Malaga’s mountains are known to be decorated with small white villages, all with their own traditions. No matter what one’s purpose in Malaga is, these picturesque villages are a “must” on the to-do list. Some of these include Ronda, Casares, Gaucín…

Ronda, Casares and Gaucín truly stand out from the rest. Ronda is very well known for its spectacular views from the famous ravine, as well as its delicious wine. Many people choose to buy a property in Ronda because of its tranquil yet vibrant nature. Casares is charming, loving and only 10 minutes away from the coast! For those who like outside sports, Casares is ideal! Several hikes in the Sierra Crestellina, the Sierra Bermeja, the Utrera, and many different climbing routes have been indicated. Buying a property in Casares is the right option for you if you wish to have the tranquility of living in the mountains and being close to the coast to enjoy the different amenities and activities. Finally, owning a property in Gaucín is perfect if you want to be slightly further away from the coastal life and enjoy being in the midst of artesanal shops with cheese, hams, sausages and jams.

Many people visit or want to live in Malaga because there is a harmony between the traditional Andalusian lifestyle and the Luxury Marbella & Sotogrande lifestyle. No matter what kind of lifestyle you desire, Malaga can offer it.

What to do in Malaga?

Malaga is in the Costa del Sol. Some like to call this part of Andalusia the Costa del Golf since there are so many golf courses on the coast. If golfing is your cup of tea, then the province of Malaga will again reach the top international destination! The well-known region Marbella, on the Costa del Sol is considered Europe’s golf capital. This will ensure you, you are in the right place to practice golf. Only half an hour away from Marbella, the luxurious and internationally high rated golf course El Cortesin is situated, where we have for sale some beautiful golf side villas for sale.

Moreover, all those who live in Malaga have heard either of “El Chorro”, or “El Caminito del Rey”. They are both hidden around the village named Álora. El Chorro is a natural park with a very large lake where one can camp, swim, hike and climb. It is visited by the locals, who later invited the foreigners. Also, this place is one that cannot be missed out on! Also, this place is one that can not be missed! There are several well-known restaurants in the area, with delicious homemade food. Sit and relax, enjoy a good wine whilst looking out at the views, here they are unbeatable! Day or night, El Chorro gives you peace and tranquillity, it is a magnificent and privileged place, worthy of being on your to-do list. 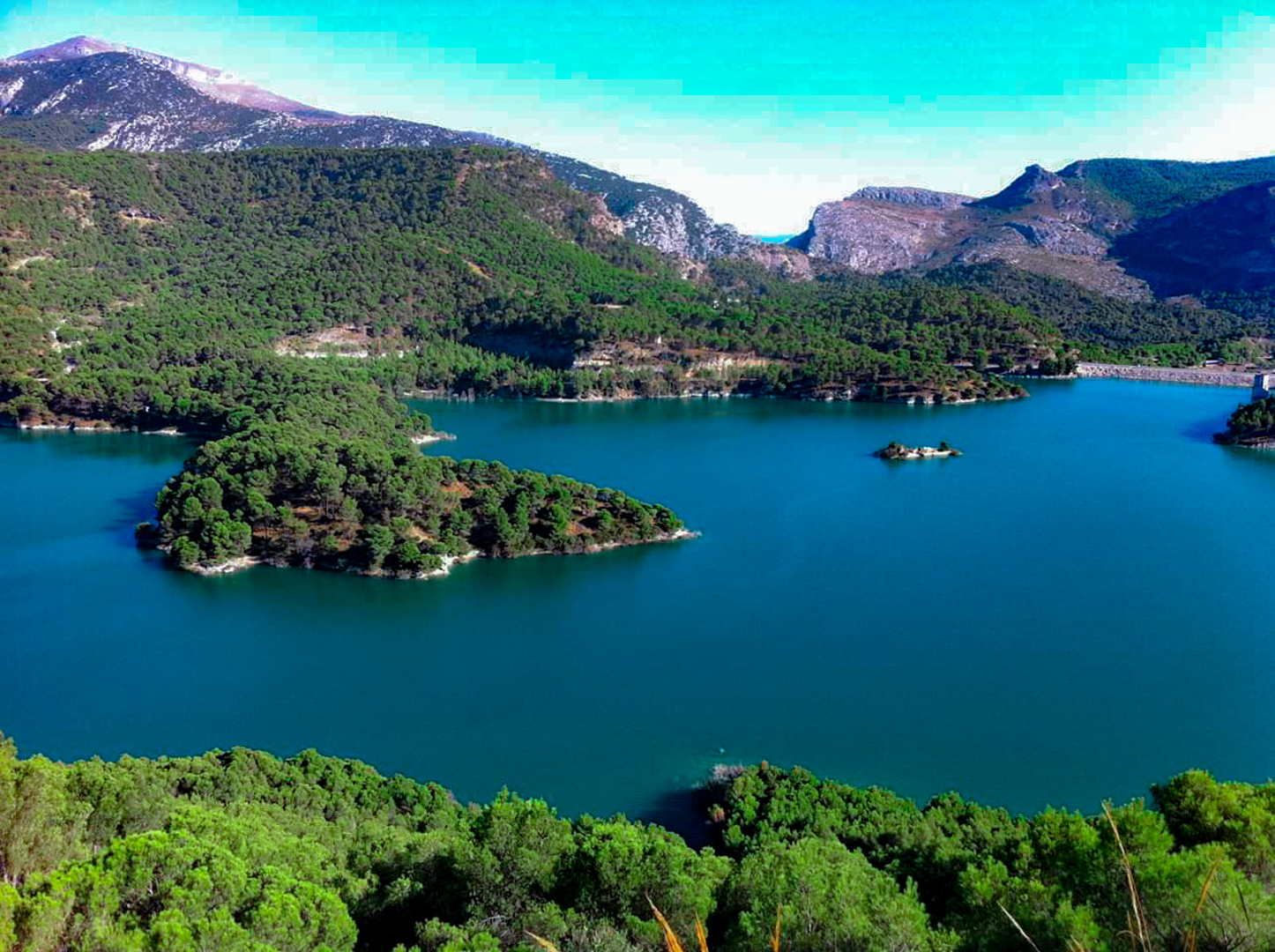 When Malaga was controlled by the Phoenicians, Arabs and Romans in their respective times, it became the centre of commercialisation. Economic growth and prosperity took place then and still does today. These three civilisations pushed Malaga and created a prosperous and attractive province. They have all left Malaga with a legacy that shall not be forgotten. The rests of their control only make this province more attractive for those who want to visit.

Malaga has become an industry of tourism because of its perfect climate and numerous activities that are available. From all over the world, there are those who wish to visit the modernised city and loving white mountain villages. The lively coast and of course, the wild beauty of the surrounding mountains.

As any other province, Malaga also has its stories and legends. A very famous one supposedly took place in Antequera; people know it as “La Peña de los Enamorados”. This mountain looks like a resting head of a native American. The legend tells that two lovers, a Christian boy and a Moorish princess, were persecuted by her father’s soldiers. To not be separated, they jumped from the cliff to be together for eternity.

The climate is the Mediterranean, having dry and warm summers with short, temperate winters. Further inland, the climate is slightly more continental, resulting in colder but dry winters and warmer summers. On average, 300 days a year the sun shines and puts a smile on those who live there. At the coast, it seems like the winter never comes! The Mediterranean sea regulates the temperatures, therefore the average temperatures vary between 17 and 23 degrees Celsius. Sometimes it even feels like a microclimate within Malaga has been created that keeps the clouds and the rain away.

Beautiful Malaga, you have to visit it to feel it! 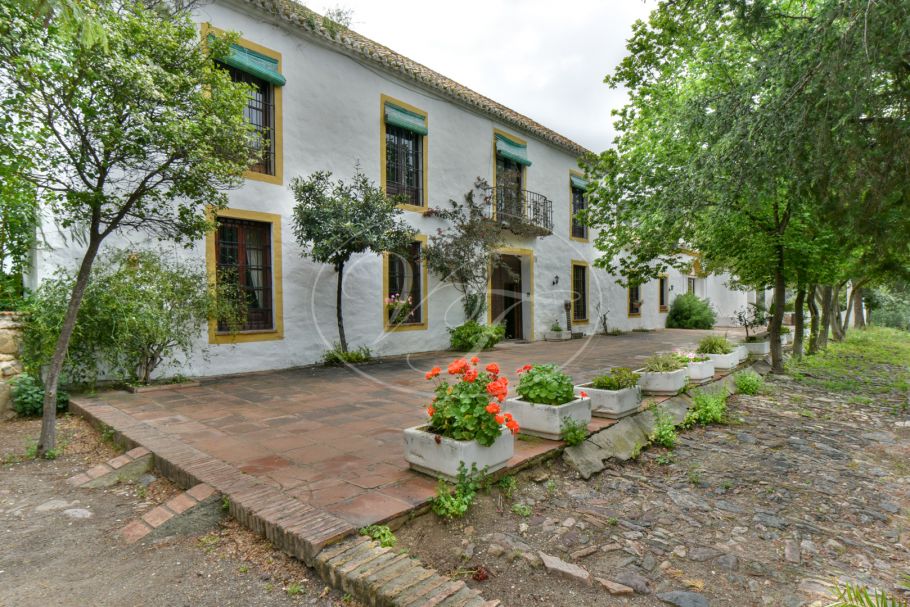 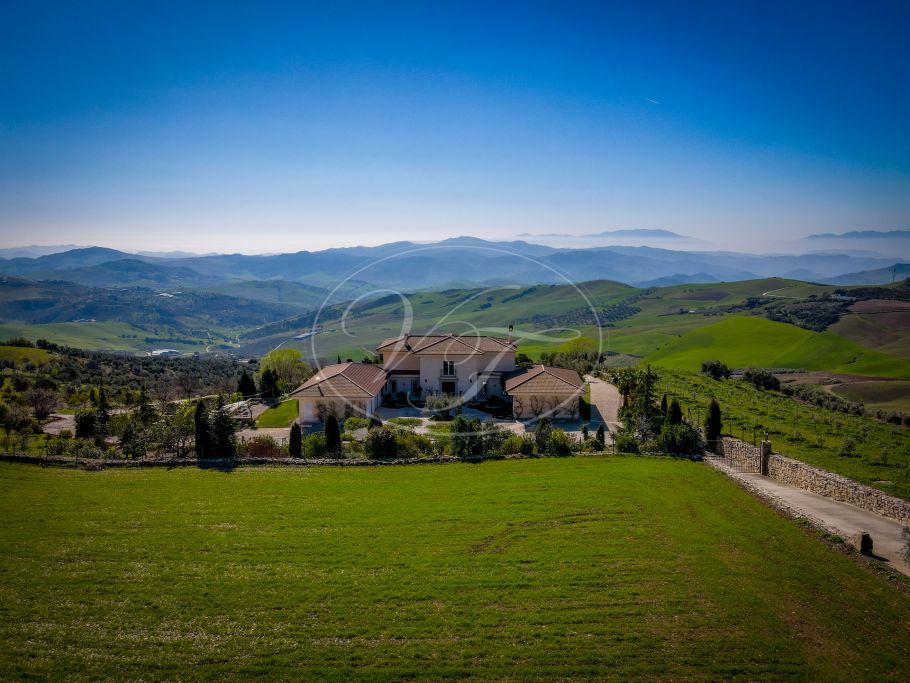