A passion for Andalusian architecture 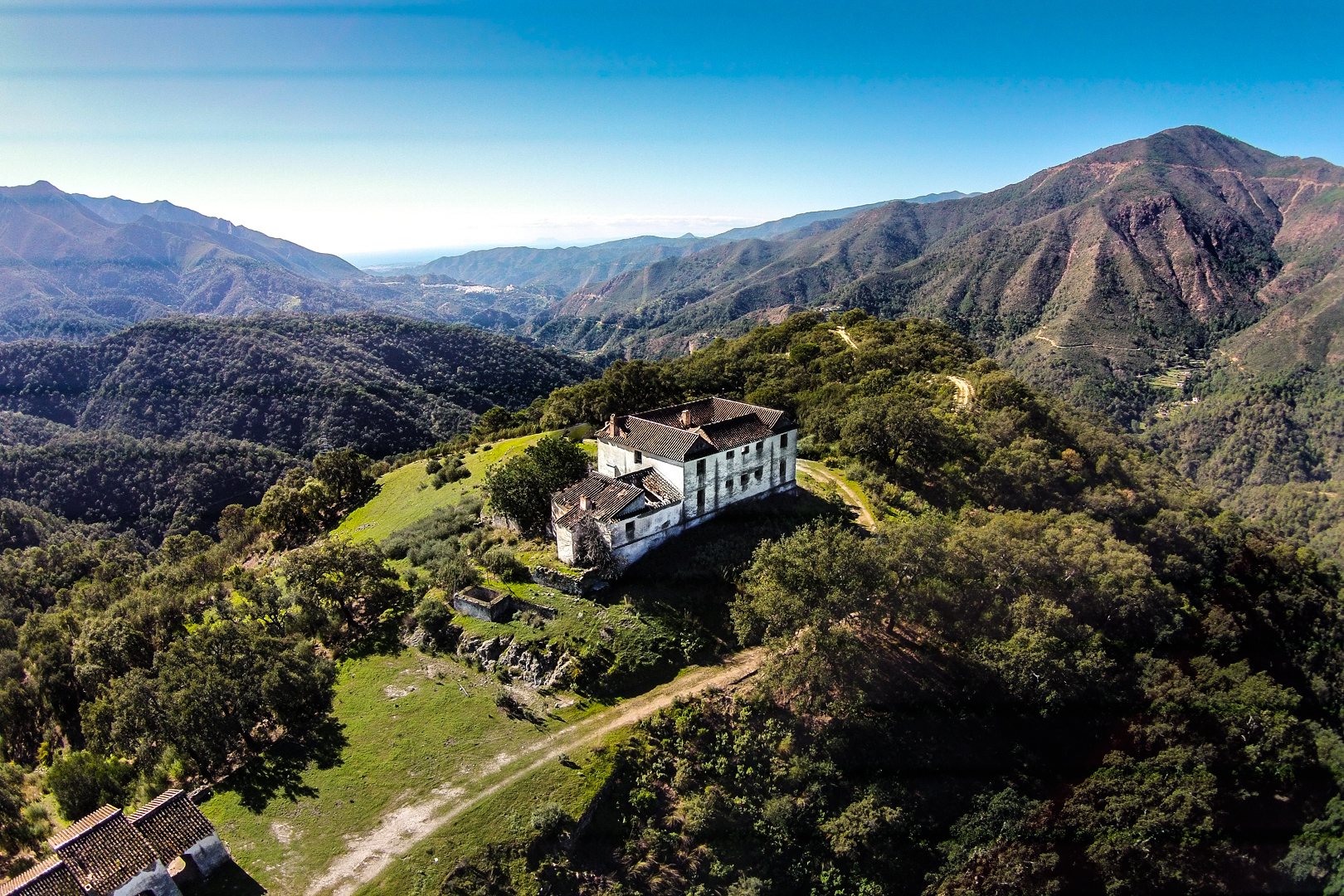 The amount of historical properties in Andalusia are manifold. The Andalusian architecture is defined by the Roman and Islamic legacy, which date back to 218 B-C- and 711 A.C. These cultures have left their mark through vaulted ceilings, pebbled courtyards, painted tiles, water features and century-old stone  walls. They continue showing the fame and glory in architectural gems today. Our love for traditional architecture in Andalusia grew over the past years.  The traditional Spanish farmhouses or cortijos stole our hearts. We are happy to share our passion and featured portfolio items with you today. 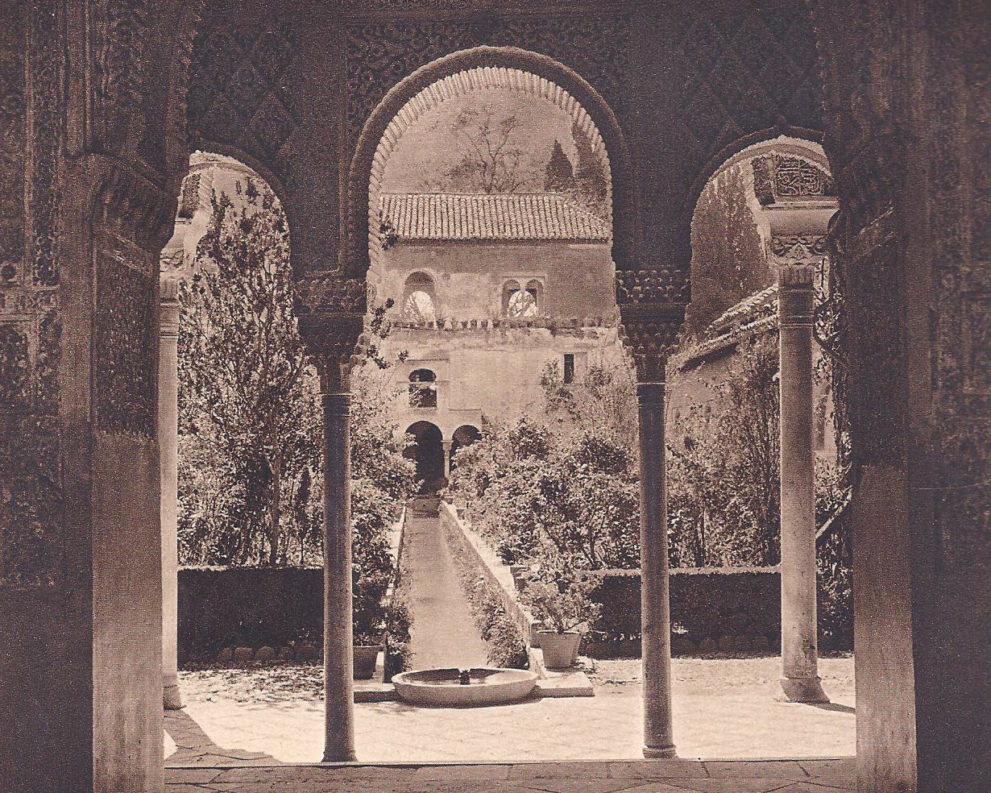 The architectonial masterpiece, the Alhambra, is known worldwide. Yet Spain counts with many hidden historical buildings that lay the foundation for its traditional architecture. A cortijo is the Spanish name for a traditional farmhouse. Typically, cortijos were built in the South of Spain and were mainly used for agricultural practices.  Strategically, they were built in protected areas. Not too close to the river to avoid flooding and not too high up the mountain to be protected from the wind and the rain. And always central and high enough to overlook the land. Essential for Andalusian cortijos is to have sufficient water available to run the farm. For the crop as well as the animals. There is either a well available, or access to large water deposits from rivers or lakes. 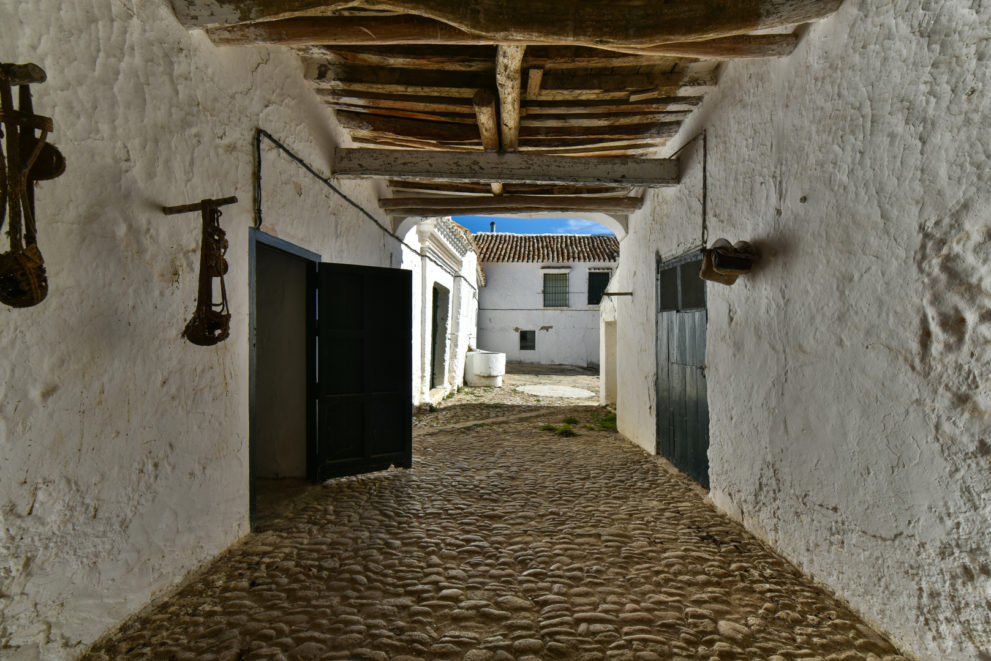 Cortijos come in all forms and sizes. Originally, there are two main styles in which they were built. The first being a classical 3 or 4 wing shape with a large patio in the centre. The second style is called the ‘cortijo de dos barrios’, or the hamlet farmhouse, combining a variety of houses, sheds, barns and corrals as if it were a small village.

The 4 wing shape can be seen for example in Olivemill Cortijo in Ronda. This beautiful classic cortijo reflects the traditional Andalusian architecture elements such as old beams, vaulted ceilings, ancient stone floors, and amazing classic wooden doors. In these farmhouses the upper floor in one of the wings was commonly used for the house masters (casa de señores). Staff would live underneath them. The other wings and courtyards were used for the farm activities. In this particular cortijo you will find a slaugther house, a bakery, large storage barns from grain, sheds for the animals and of course the large wing with olive press and oil storage. The chapel should not be forgotten! The señores would make daily use of these!

The cortijo de dos barrios is embodied by Cortijo Gaucin. Formed by multiple buildings, half built to live in, and half built to keep animals and crops, these cortijos are surrounded by ample yards and corrals that connect the different buildings. The architect that renovated this cortijo kept essential elements to the cortijo such as ample yards, large common areas, and wooden beams that date back to 1700. 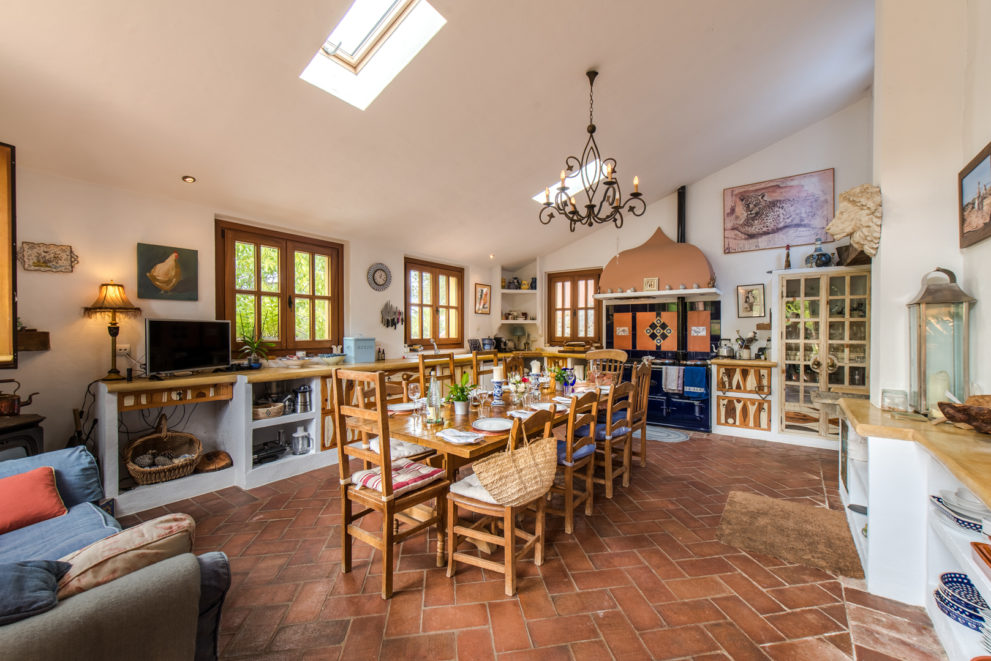 Classic and modern at once

The traditional elements in combination with modern comfort and finishing make these cortijos the perfect nestling place to enjoy country life. They become family homes, a holiday retreat or a weekend hide-away. They are a safe haven to enjoy the Andalusian lifestyle.