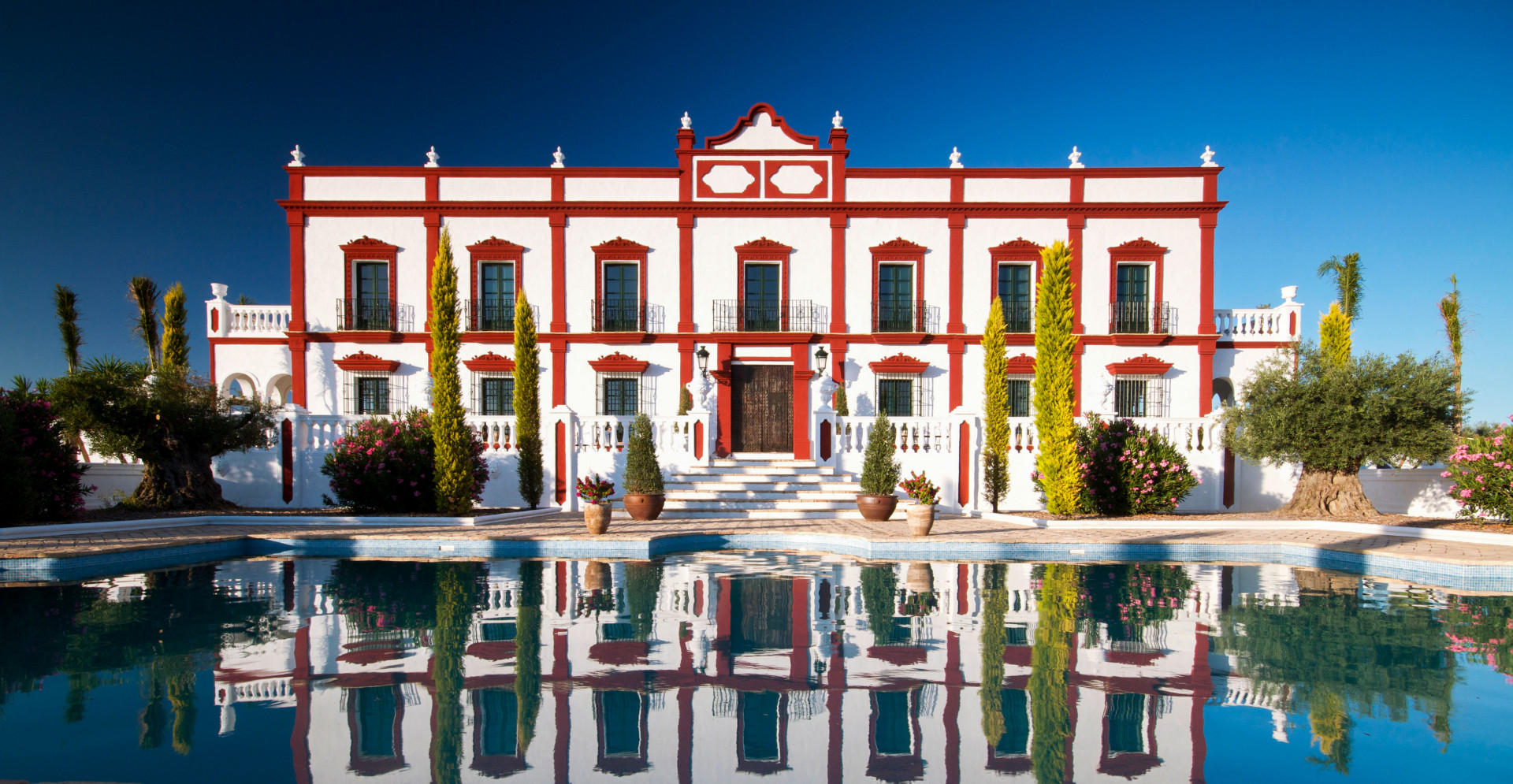 Sevilla is very well known for its heartwarming historical centre. Tourists and locals come together to enjoy the most delicious tapas on sunny terraces. Not only the city centre, but the entire province is filled with architectural wonders! The province of Sevilla offers beautifully renovated cortijos and equestrian fincas on the countryside. These properties are what make this province complete. It is the combination of the classic Spanish architecture, the love for horses and the vibrant people that attract people from all over the world to enjoy the Andalusian lifestyle in Sevilla. In this guide you can find all the information you need to know about the ins and outs of Sevilla province.

Is Sevilla a good place to live?

Sevilla’s city centre has so much to see! Some of the places you can visit are historical buildings, monuments and museums. Naturally, there are fabulous shopping streets, bars and restaurants. Here you will enjoy exquisite food made by the locals. The city is never empty, there are always activities to do and flamenco shows to attend! Sevilla is probably the most lively, vibrant and activity-diverse city of Andalusia. The centre expresses authenticity since it has such beautiful and historical wonders to admire. Outside of the city centre there are a myriad of alternative activities to do. Some examples are hiking, cycling, horse riding and canoeing. There are numerous enchanting rural accommodations to stay at.

Furthermore, there are a plethora of nearby places that are a must-see. Especially if you decide to visit Andalusia and you want to see more of Sevilla’s countryside. Carmona is a spectacular city at a 40km distance, where one can hide from the busy city for a day. Carmona is one of the oldest cities in the province that will add to your cultural experience. This city will make you feel like you are teleported to the past.

No matter how beautiful the city is, perhaps living there is not your cup of tea. You want to live in the South of Spain, Sevilla specifically, but her countryside and the varied landscape are what makes your heart beat. It is the endless fields of sunflowers, olive groves and cotton fields that give you peace. In that case, a private cortijo where you can live your Andalusian dream is just right. 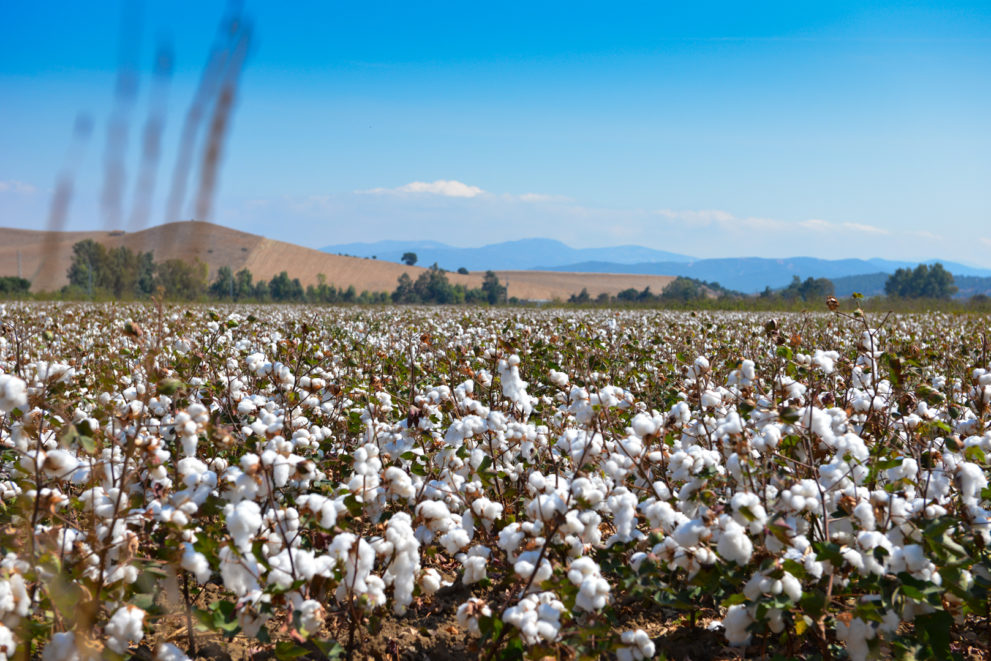 Sevilla is a fantastic province to keep horses, there are some mesmerising equestrian estates. Sevilla is also great for agriculture! The land is great to cultivate olive groves, corn fields, sunflowers and cotton fields. If you are planning on investing in a large plot to grow crops, Sevilla is the best place! Of course, we must not forget about the endless orange tree orchards, as Sevilla is the city with the most oranges in the world! The orange trees are a hallmark that blesses the city with a spectacular scent of orange blossom when spring comes.

You will find the most beautiful scenery in the Natural Park of the Sierra Norte. It is located within Sierra Morena, a Biosphere Reserve that extends for more than 400 km around the north of Andalusia. Its mountains are low and it is composed mainly by meadows. Hence, ideal for pig farming and cork production.

Furthermore, the riverbanks of the spectacular Huéznar river are populated with elms, ash trees, willows and alders that together with the cork oak make up the main flora of this province. In terms of wildlife, the otters and trout of the same river, as well as the deer and the wild boar, provide Seville with fantastic hunting estates for big and small game.

Here’s something you may not have known about the hills of the Sierra Norte. A few centuries ago, Monks from different brotherhoods constituted their Monasteries there to provide food and wine for their brothers in the city. A fantastic, historical hacienda lies within the Sierra Norte Natural Park, near Cazalla de la Sierra. Where it has been the silent witness to history since the 16th century. If you aspire to own your own monastery, visit our partly reformed monastery from the 15th Century for more information.

A very popular festivity amongst the Sevillian citizens is the pilgrimage of El Rocio. There are two additional emblematic celebrations in Sevilla of international prestige that is celebrated during the spring. These are the Semana Santa and the Feria de Abril. The celebration of the different events that take place during Holy Week become one of the most important cultural, religious and artistic events that take place in the region.

The Feria de Abril is a popular party that takes place in Seville in the spring, almost always in the month of April. It is considered as a Festival of Tourist Interest of National scope, and since 1965, also International. Throughout the year, equestrian lovers train their horses to dance in the most gracious forms. The audience applauds the show and the entertainers are showered in compliments and roses! Both men and women dress up, but the women’s flamenco dresses are a feature that must be highlighted. Generally, the women dress beautifully during Andalusian ferias, but in Sevilla the dresses leave people in awe. 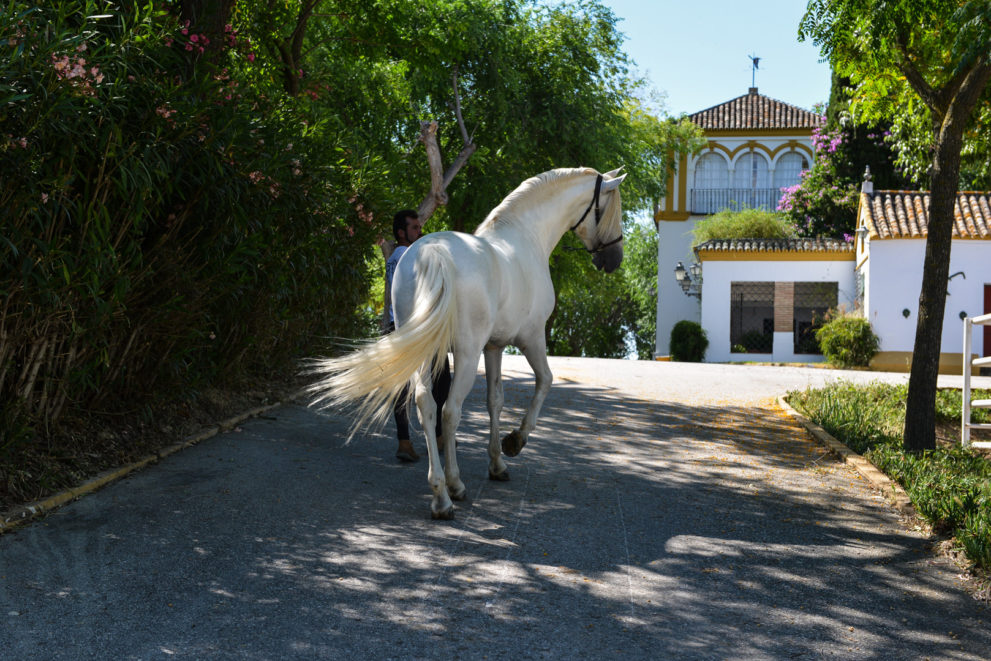 What type of climate does Sevilla have?

For many, the climate of Sevilla is a concern since people like to talk about its hot summers. Don’t panic; it has a mild temperature the rest of the year! The climate in Seville is Mediterranean, with variable rainfall. Winters are mild and often rainy, they concentrate more than half of the annual rainfall. January is the coldest month with an average temperature of 11 °C; and July is the warmest month, with an average temperature of 28 °C. They exceed 40 °C several times a year. The climate offers perfect opportunities for cultivation since the everlasting sun and the casual rainfall makes a perfect combination for creating an orchard. How great is it be to collect your own figs, tomatoes and oranges from your own garden?

Especially for the summer season, living in the mountains is a blessing since in the higher altitudes temperatures tend to drop a little more; the climate is slightly different in the mountains. It is on those cooler summer nights where the night sky is prettier than ever, and when the best memories are made.

What are the best dishes in Sevilla?

The first thing that we will say about the gastronomy in Sevilla is that the locals make the best wine, the best olive oil and without a doubt, also the best ham! Not any ham, but Jamón Ibérico de Pata Negra. This ham is one of the best delicacies Spain has to offer. Even tasting a tiny piece of this ham is an experience in itself. Whilst the ham melts on your tongue, the flavours create a magical sensation. Don’t say we didn’t warn you: “Once you try the ham, you will always want to have it in stock”.  The locals in Sevilla know what they are doing, they are real professionals. 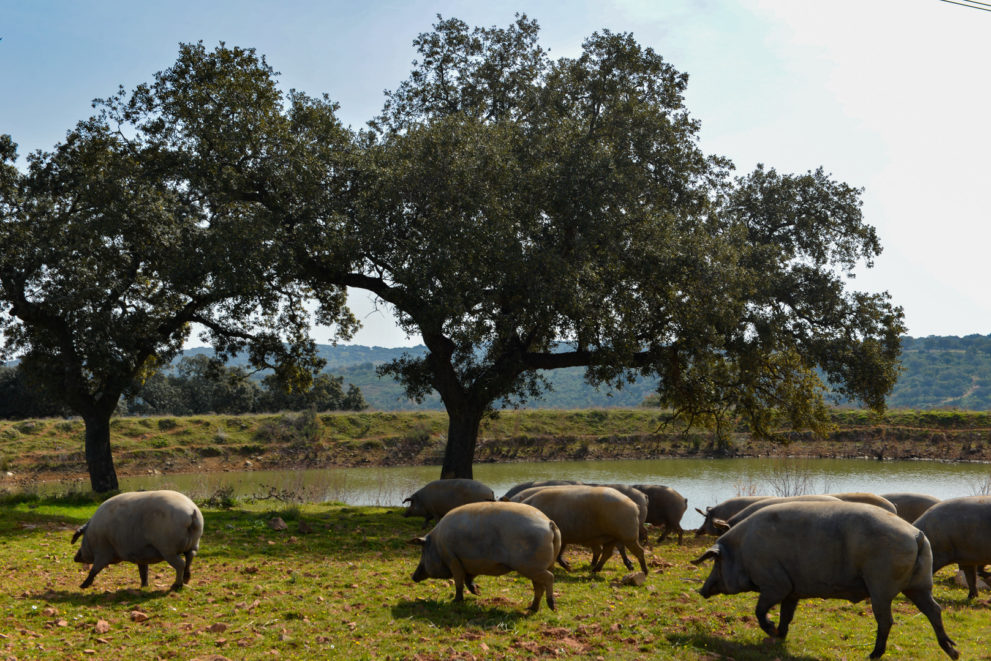 The Sevillian gastronomy is conditioned by the prevailing climate in the city. Therefore there is a typical gastronomy for the winter and another very different adapted to the hot and high temperatures of the summer.

During the winter months, some of the more typical dishes are warm soups and stews. These are eaten at home with the family, or at an Andalusian mesón where grandma sits in her rocking chair with a warm blanket over her legs and welcomes the visitors who come to lunch. To stifle the high summer temperatures, the Andalusian gazpacho, the Ensaladilla Rusa and various types of cold dishes called salpicón stand out.

Throughout the year, people enjoy Serrano ham and the different types of cheeses. What is a Spanish festive meal without a starter of ham and cheese? Among the most typical drinks are the ‘tinto de verano’ (red wine with soda) and at the fair, vino fino de Jerez (the fine sherry wine) and the manzanilla of Sanlúcar. 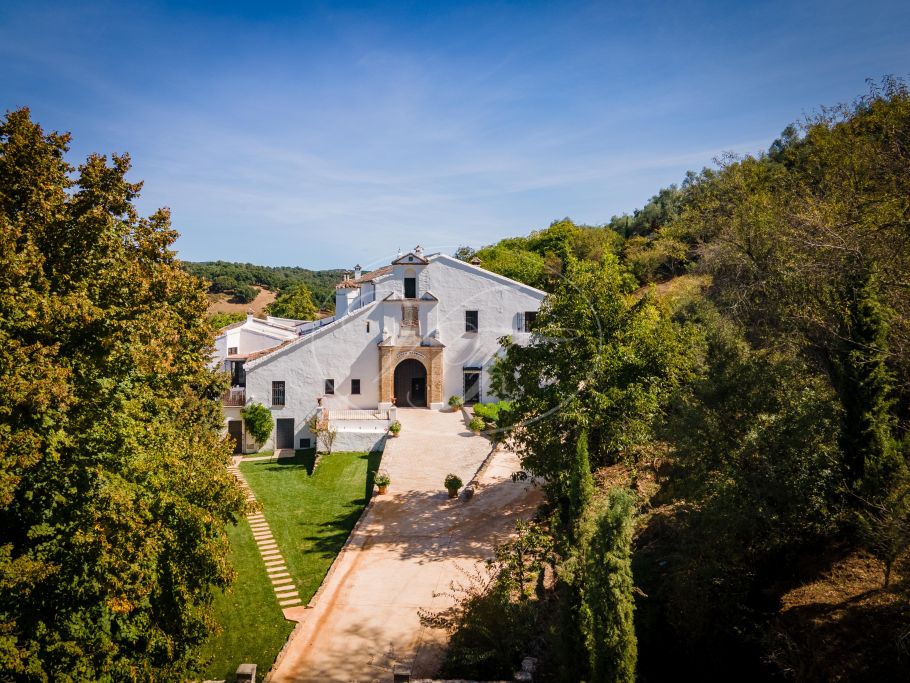 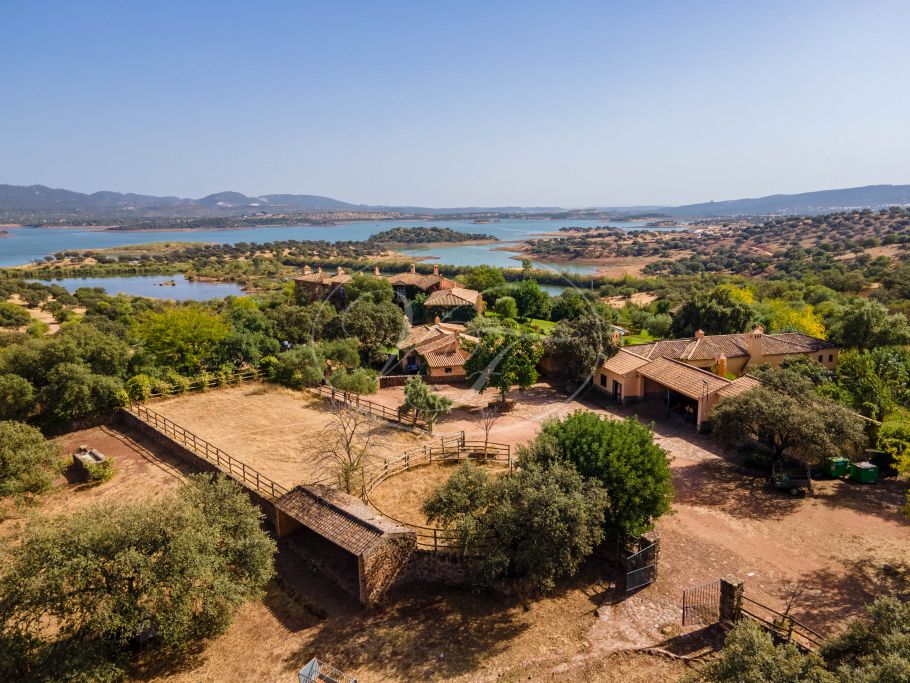