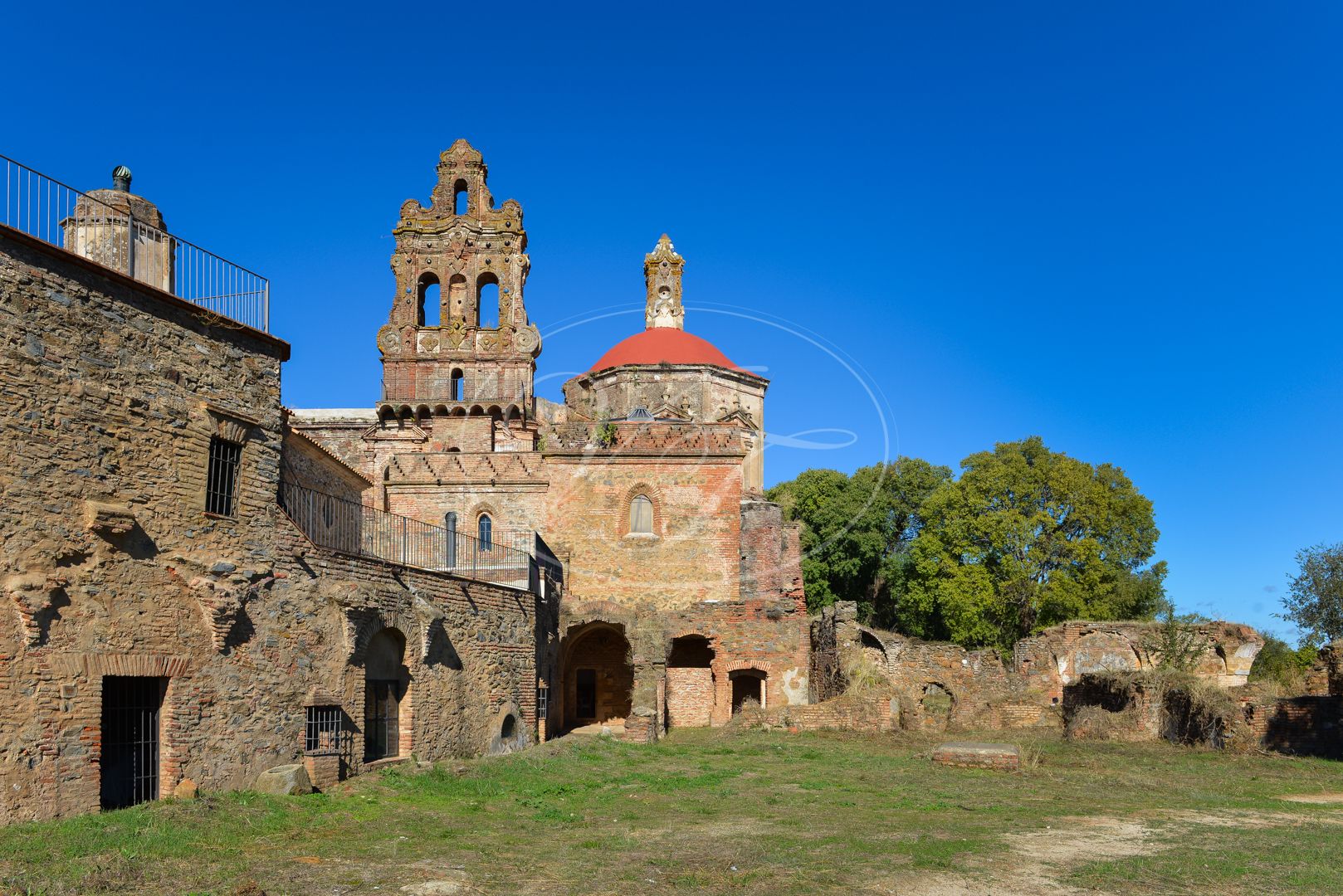 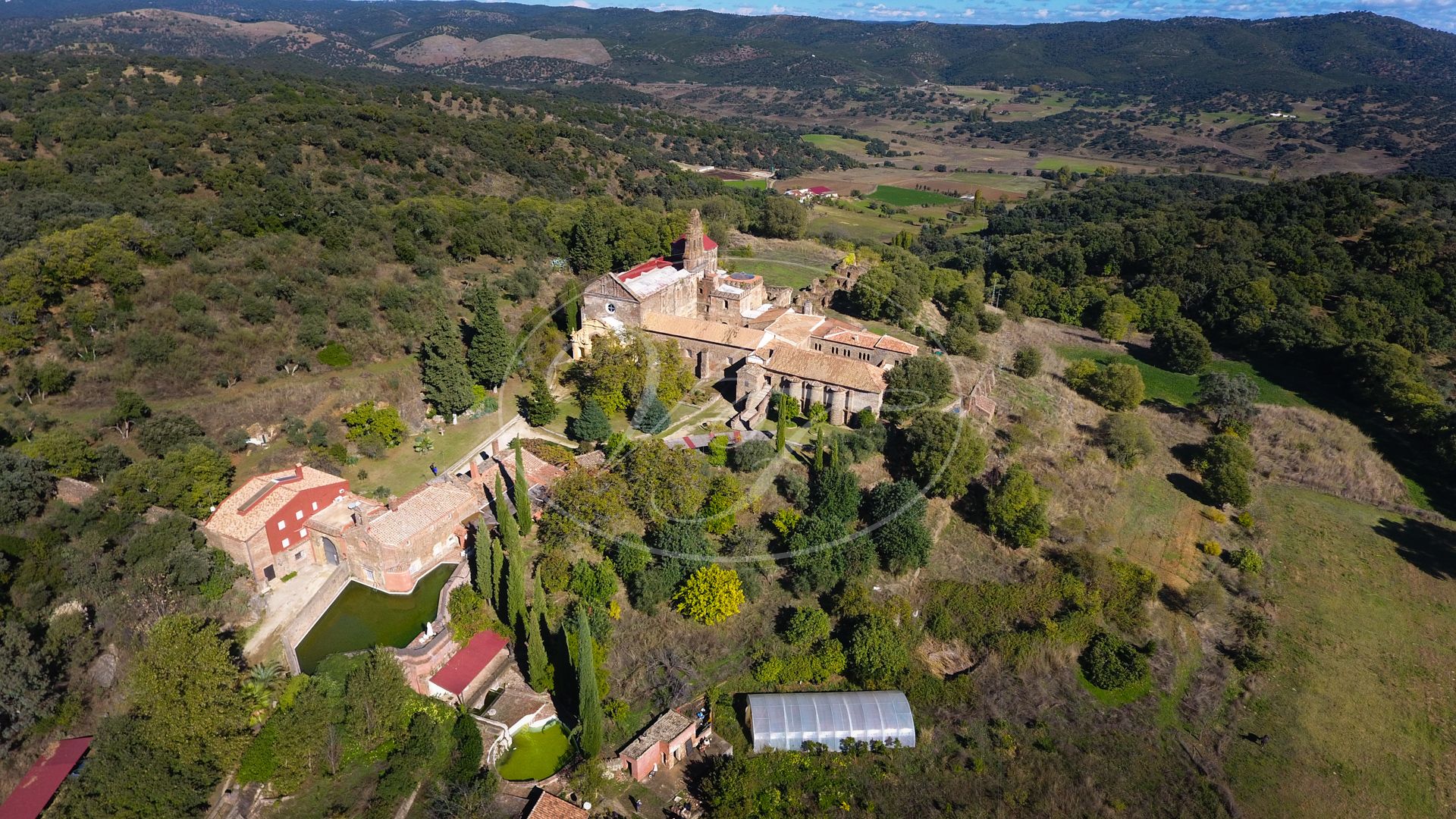 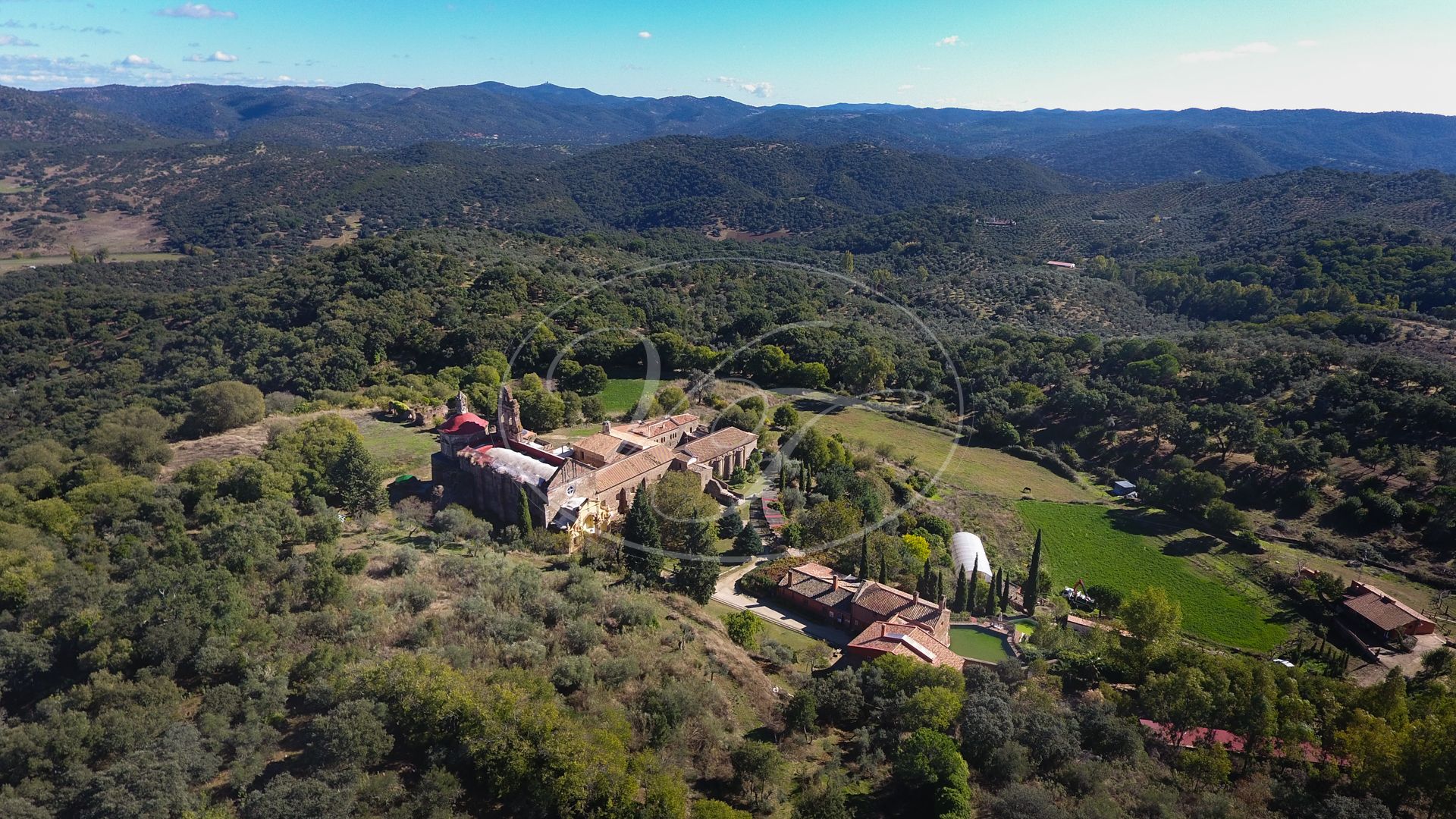 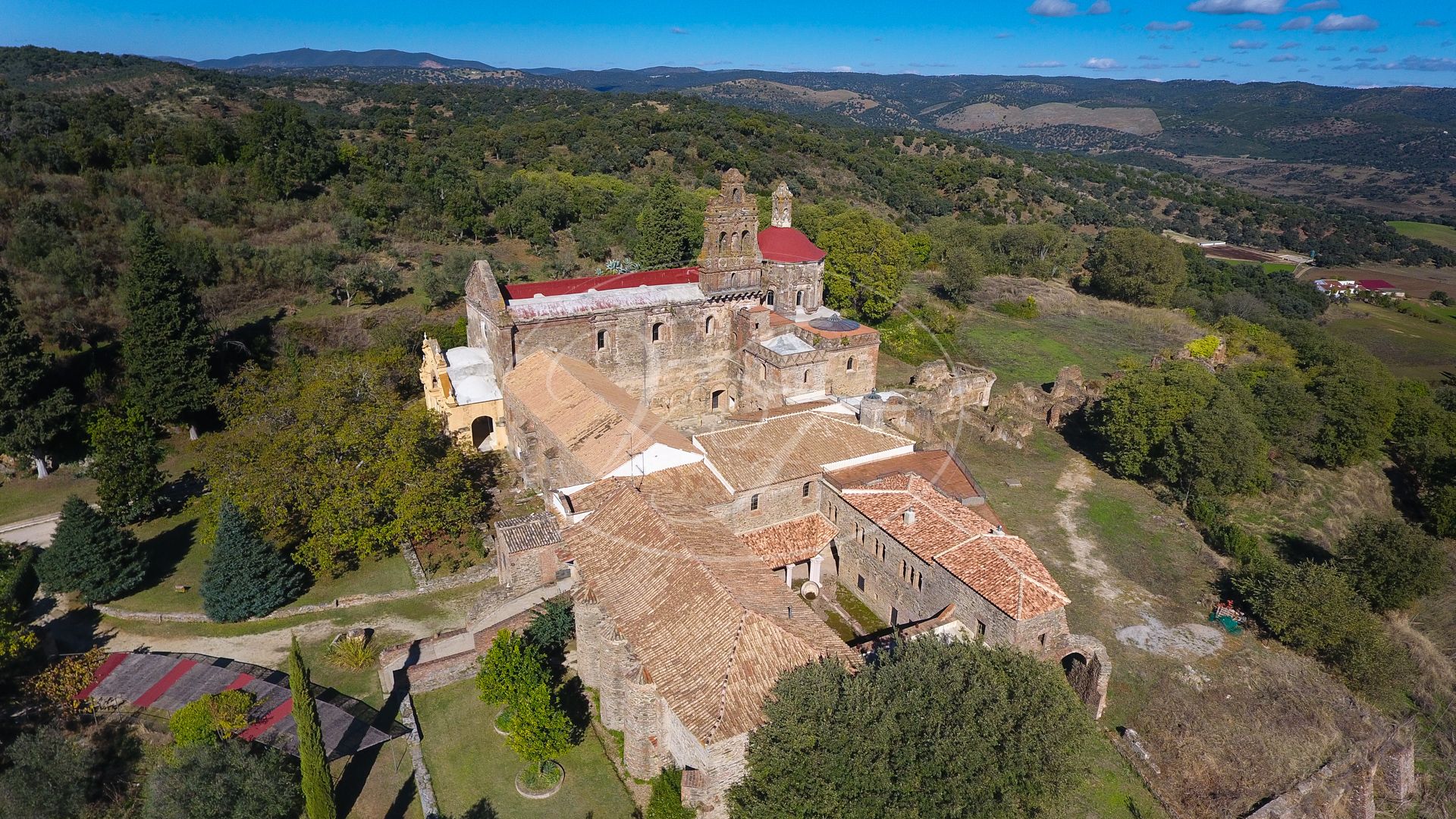 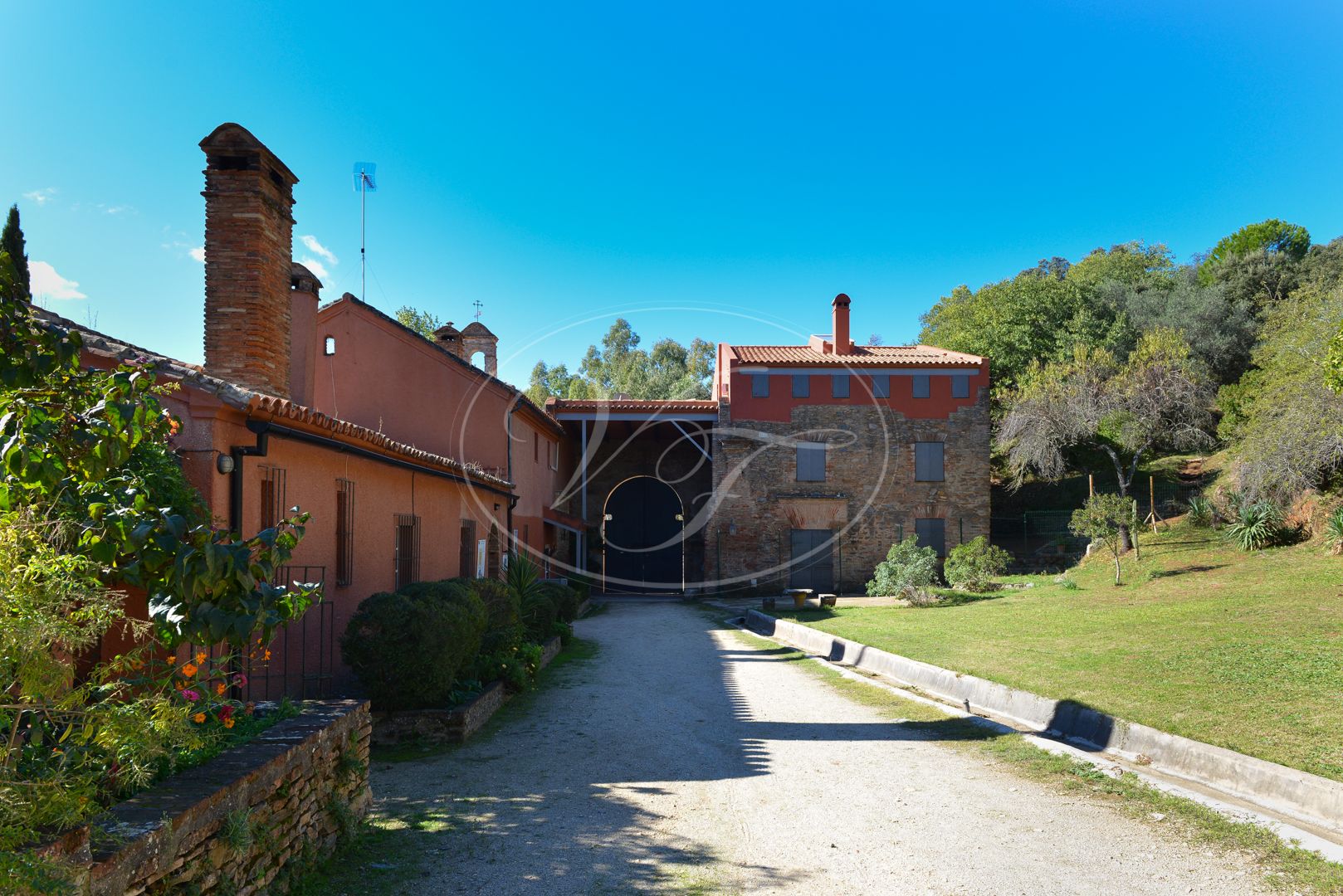 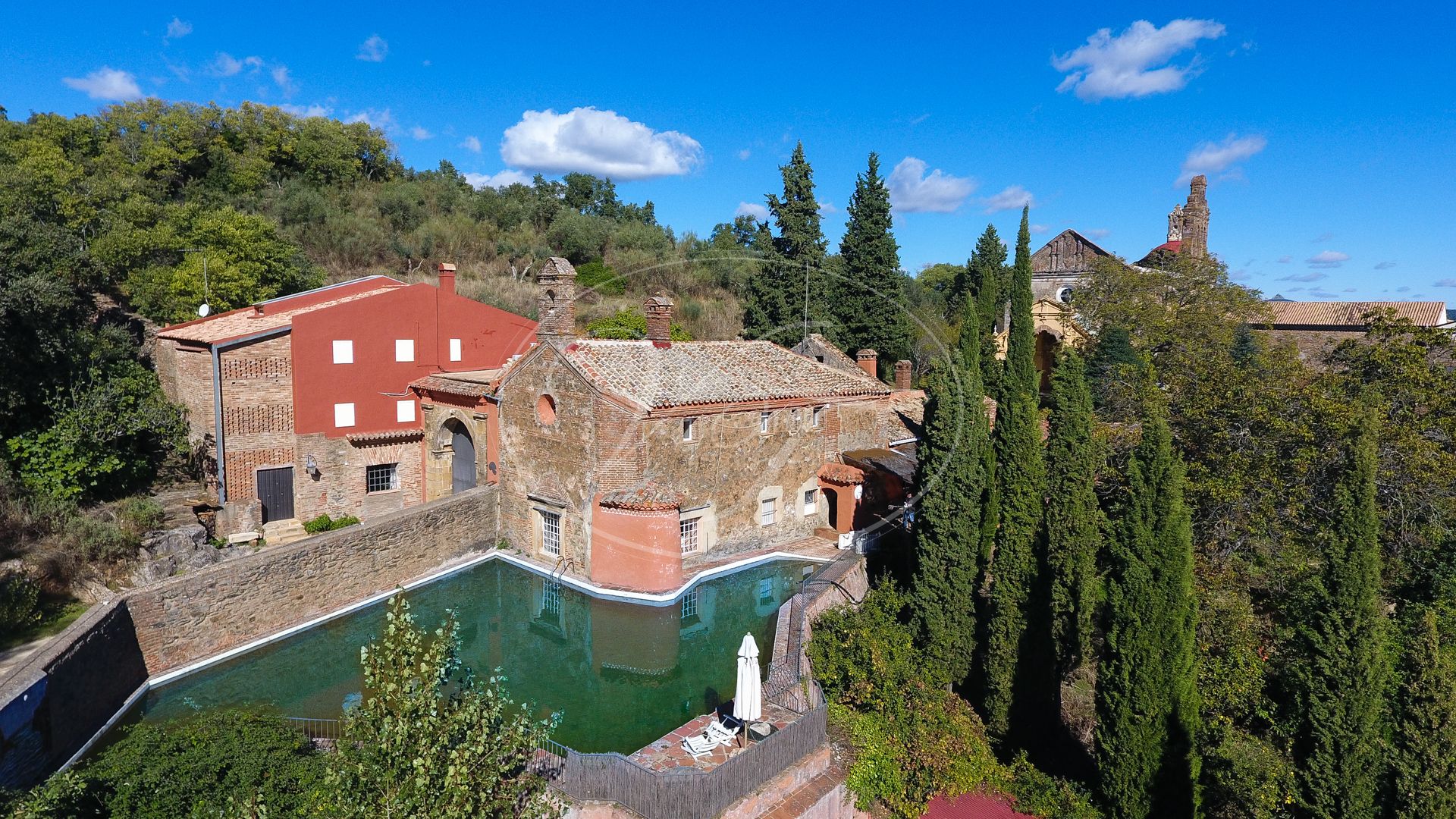 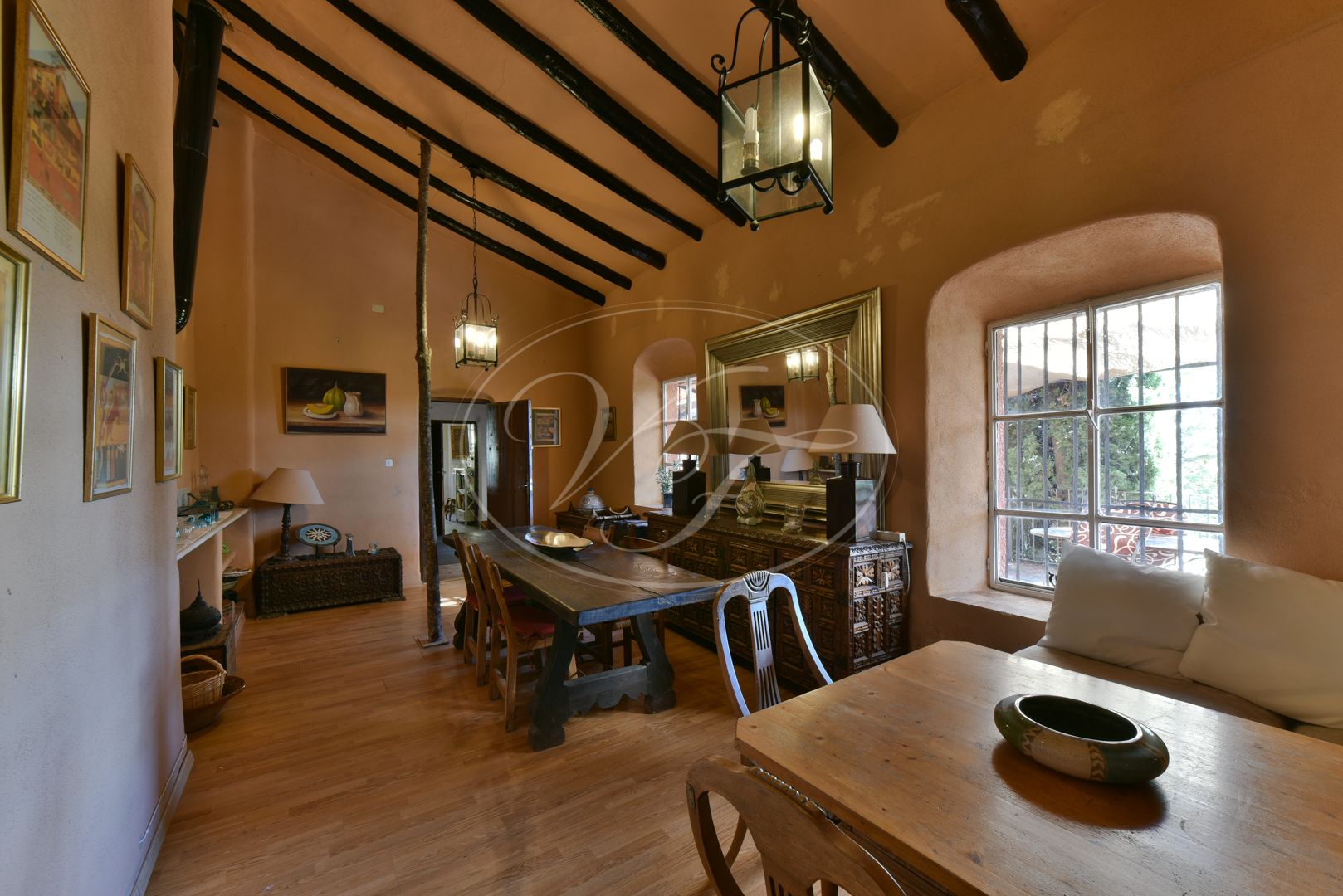 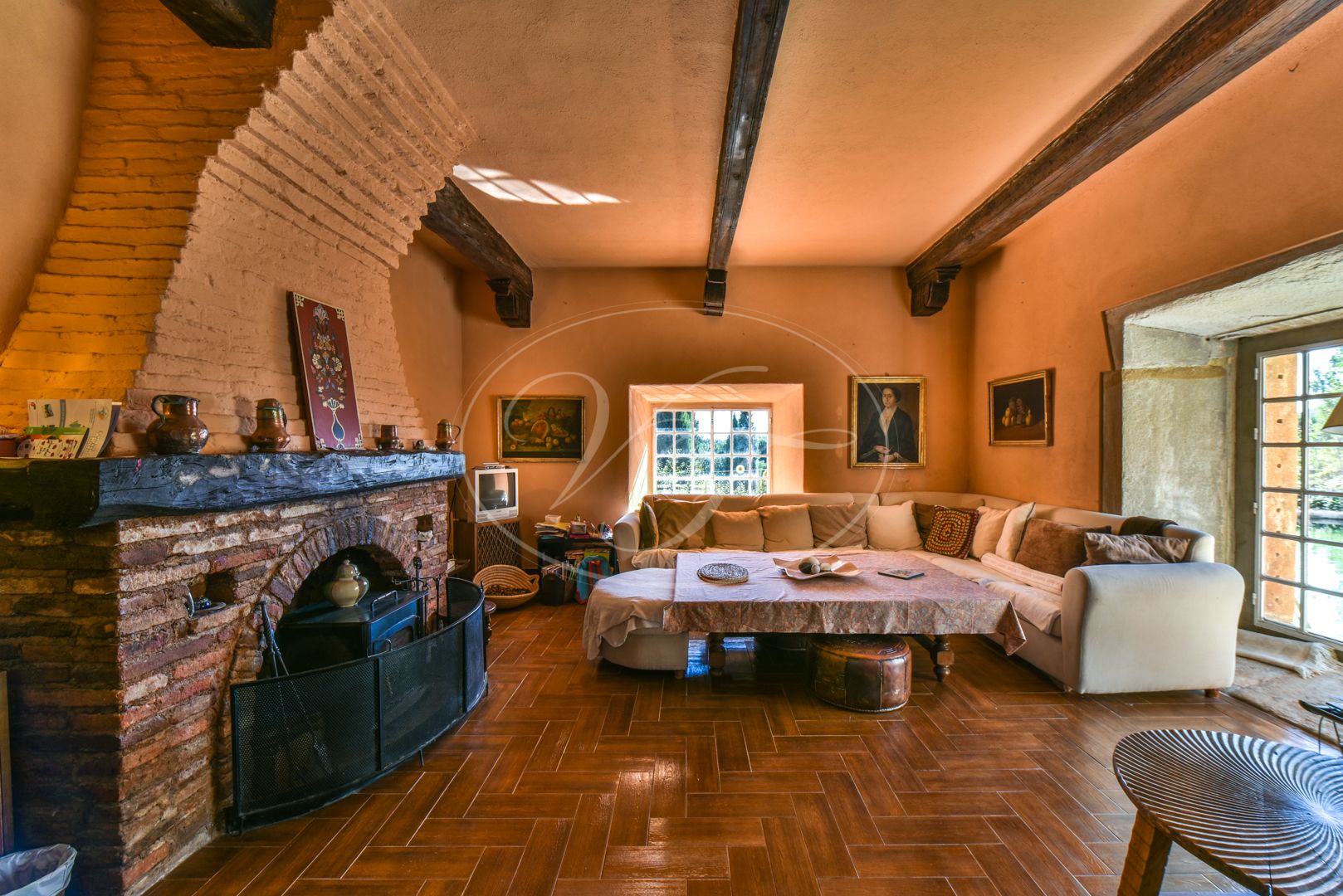 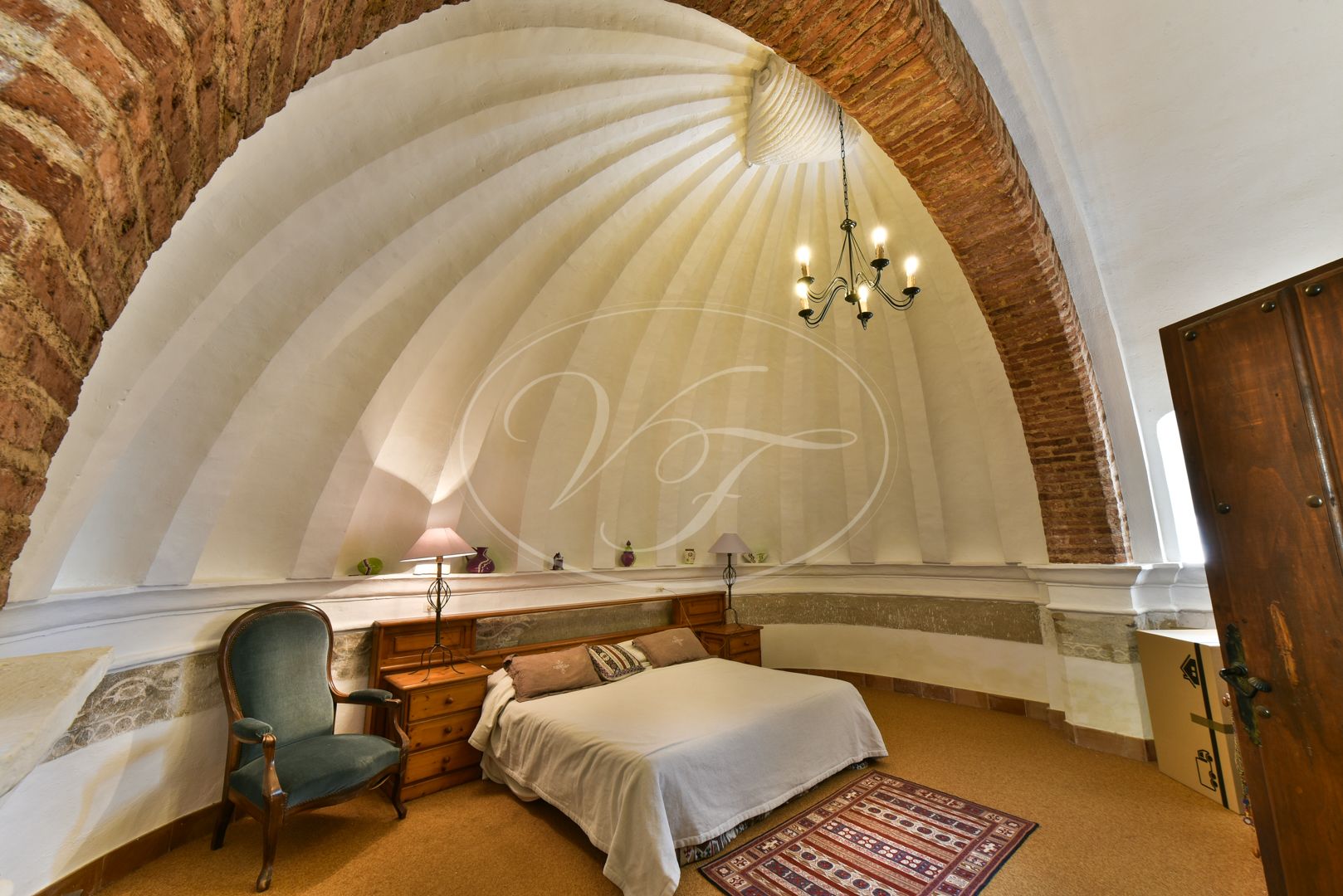 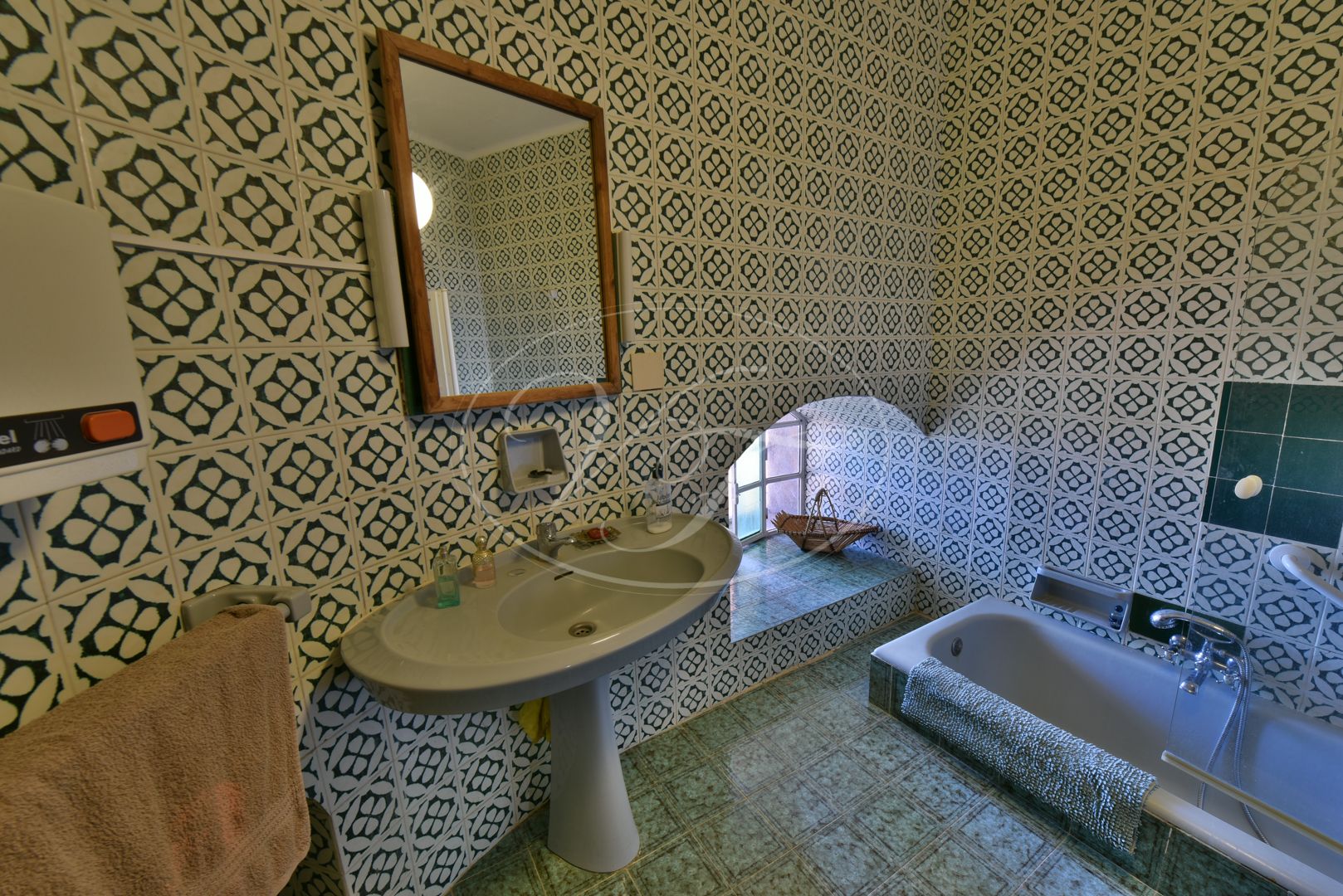 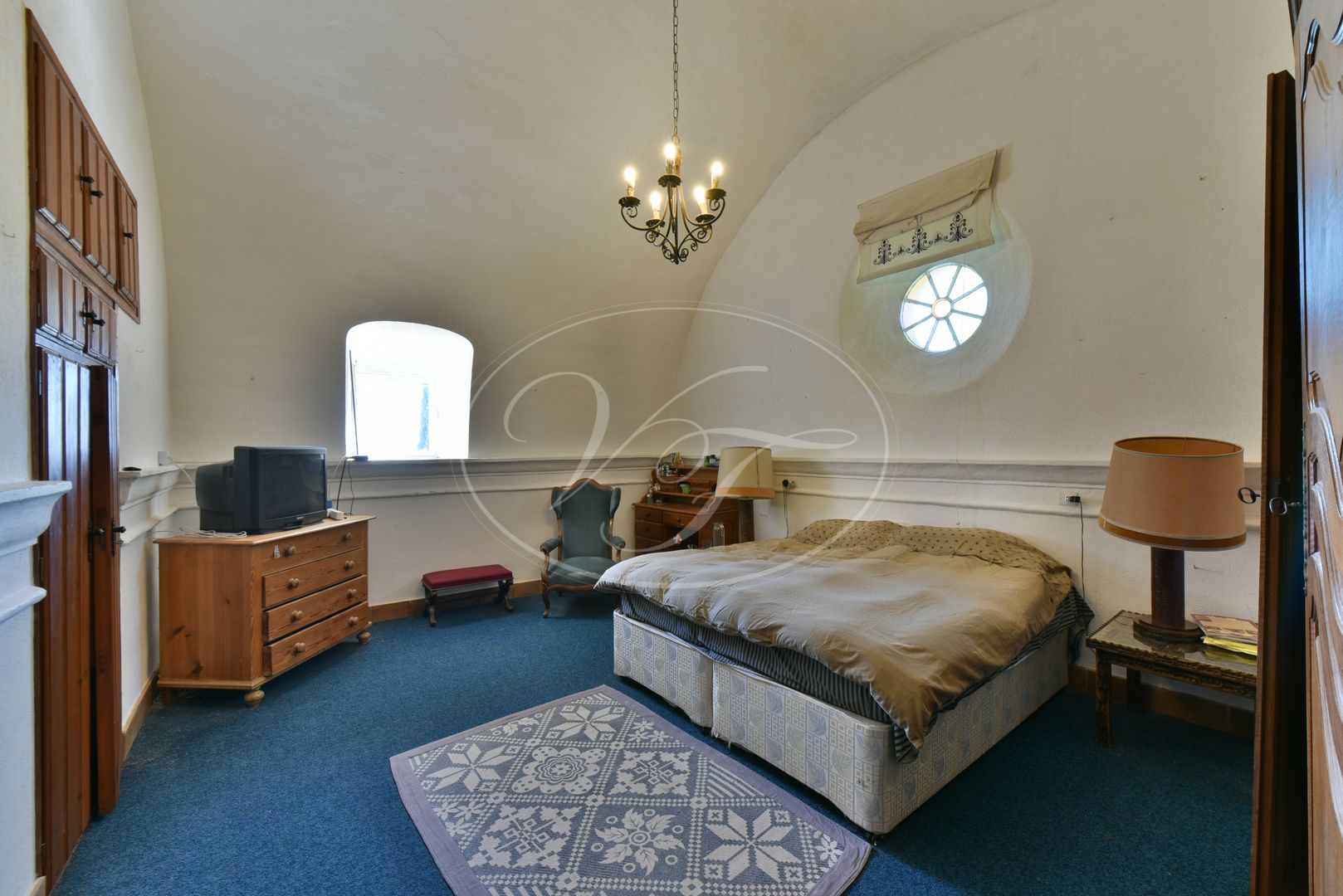 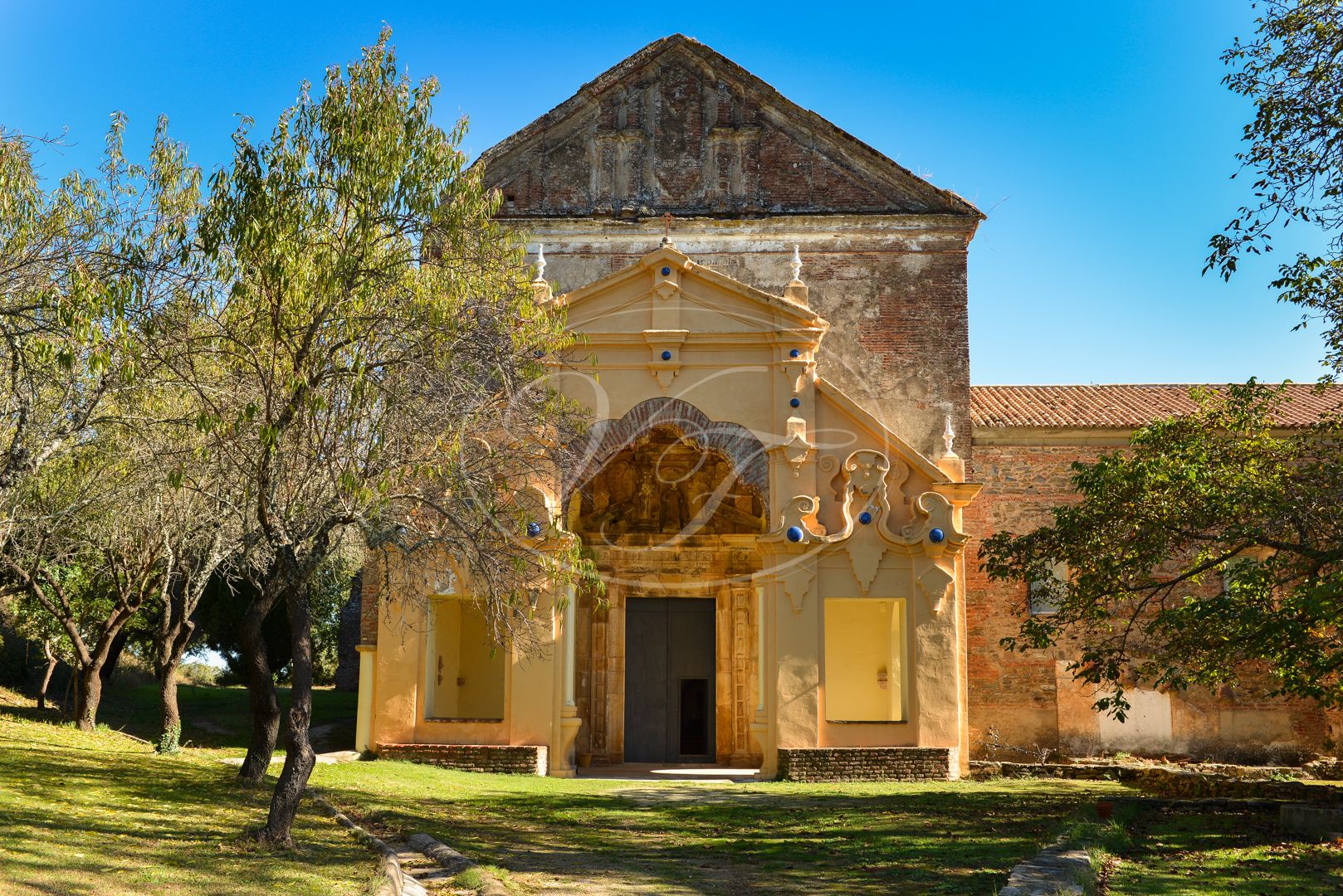 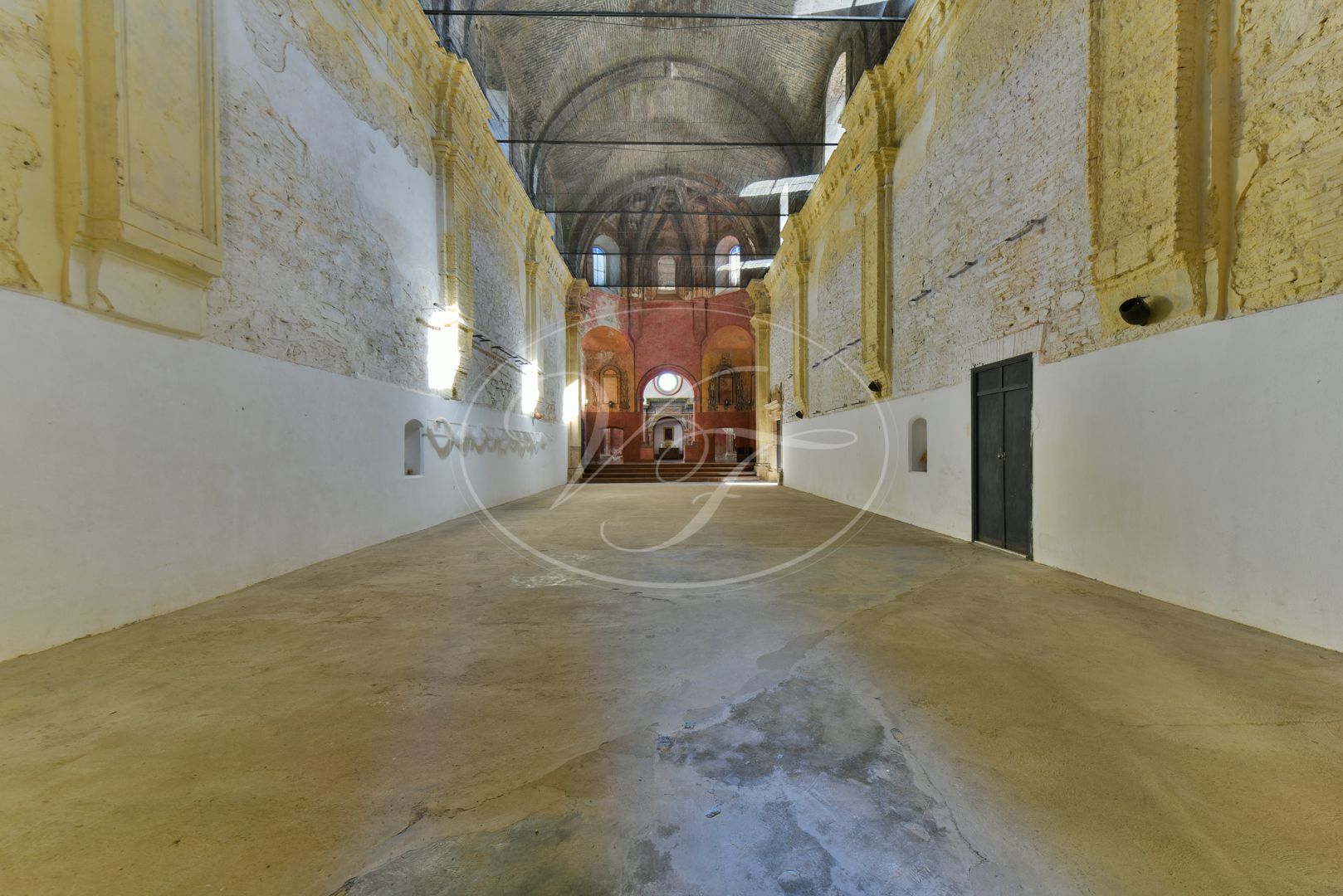 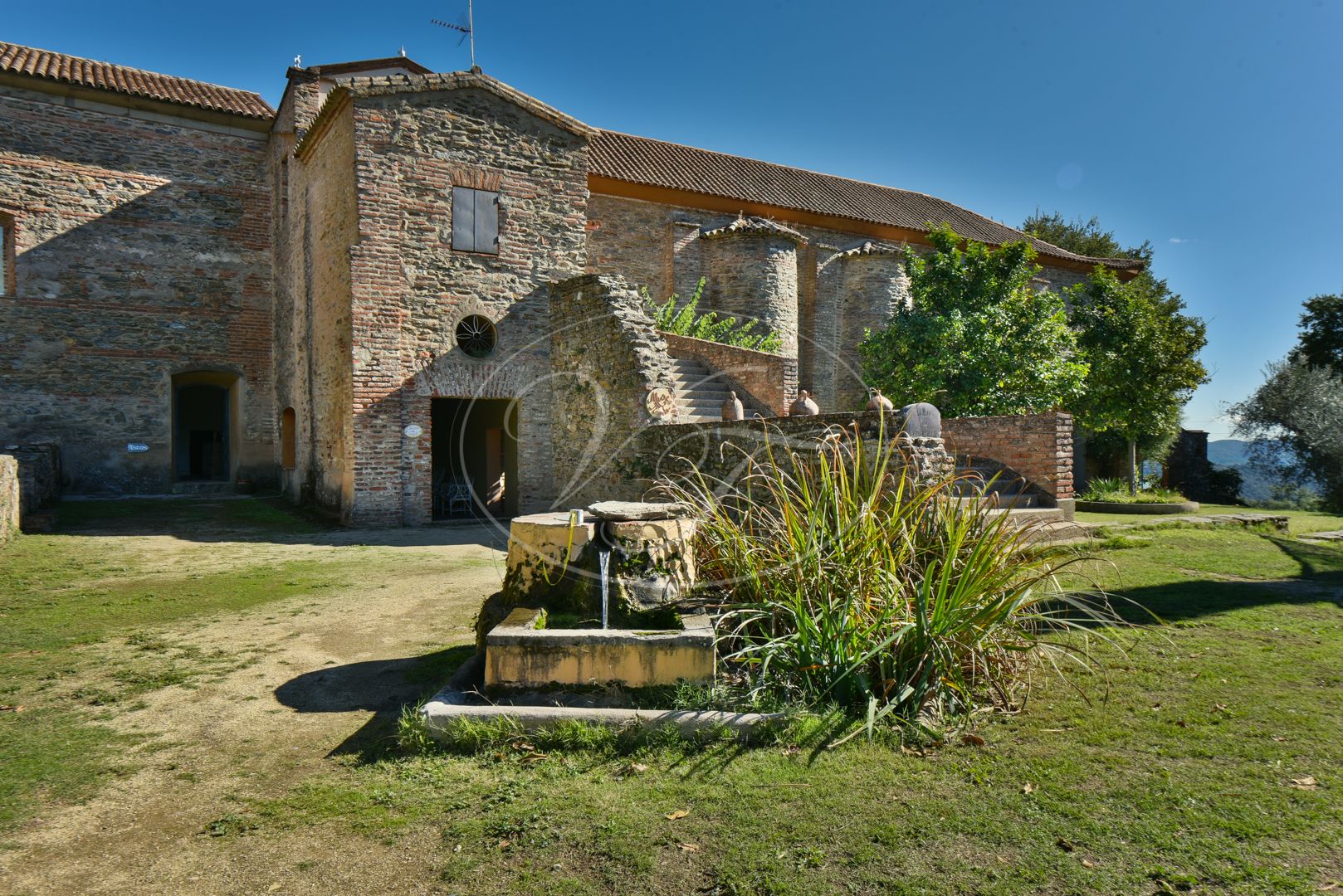 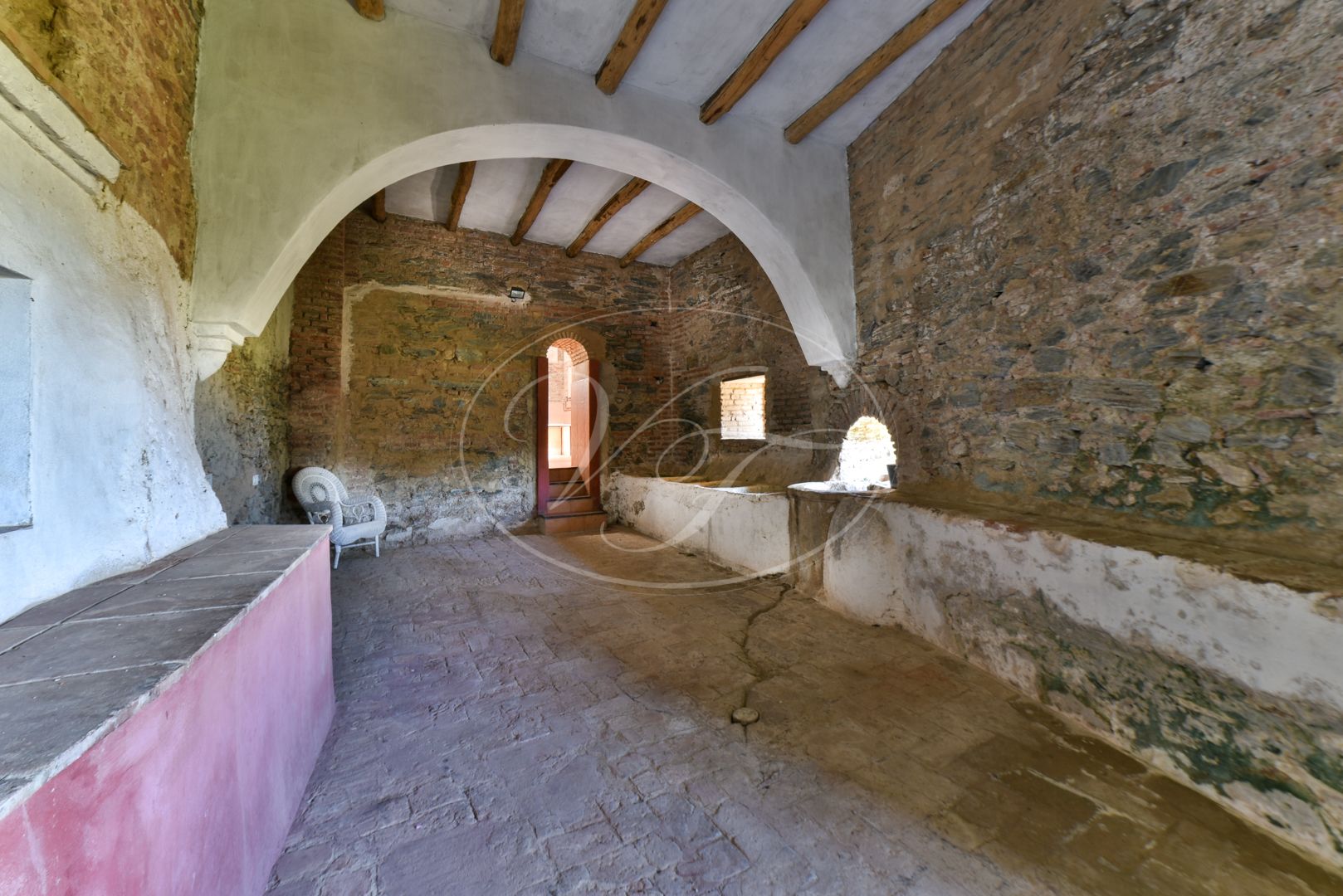 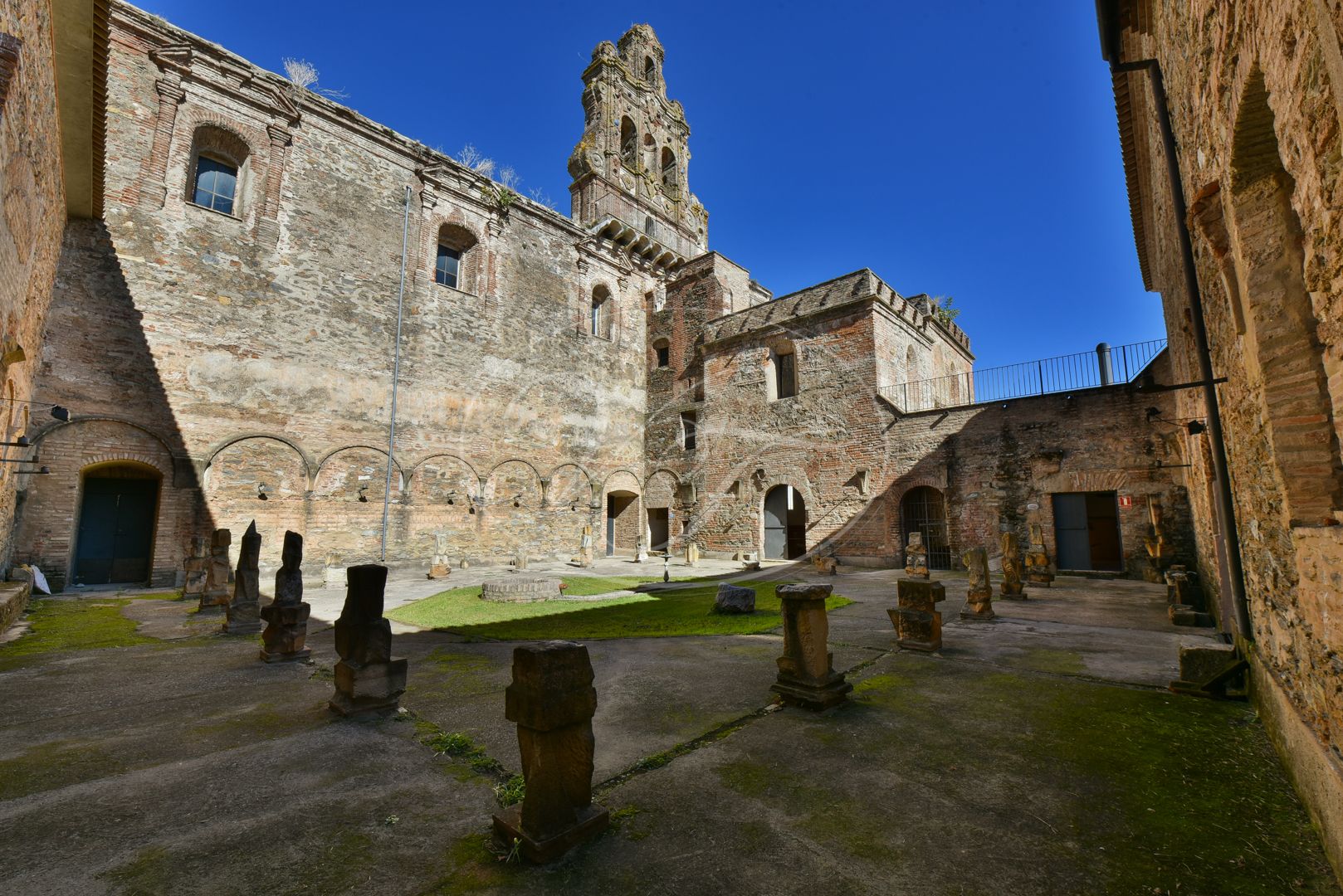 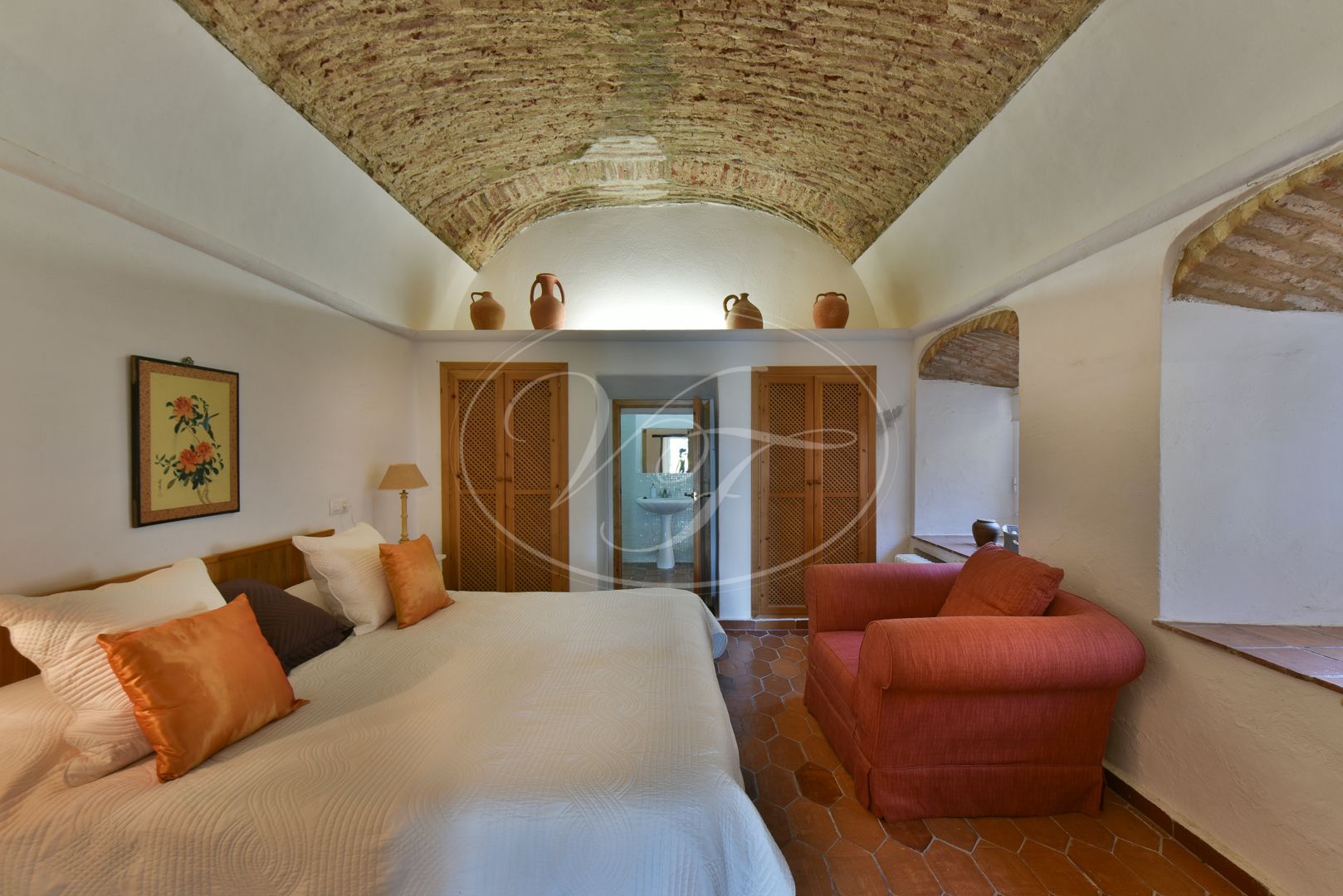 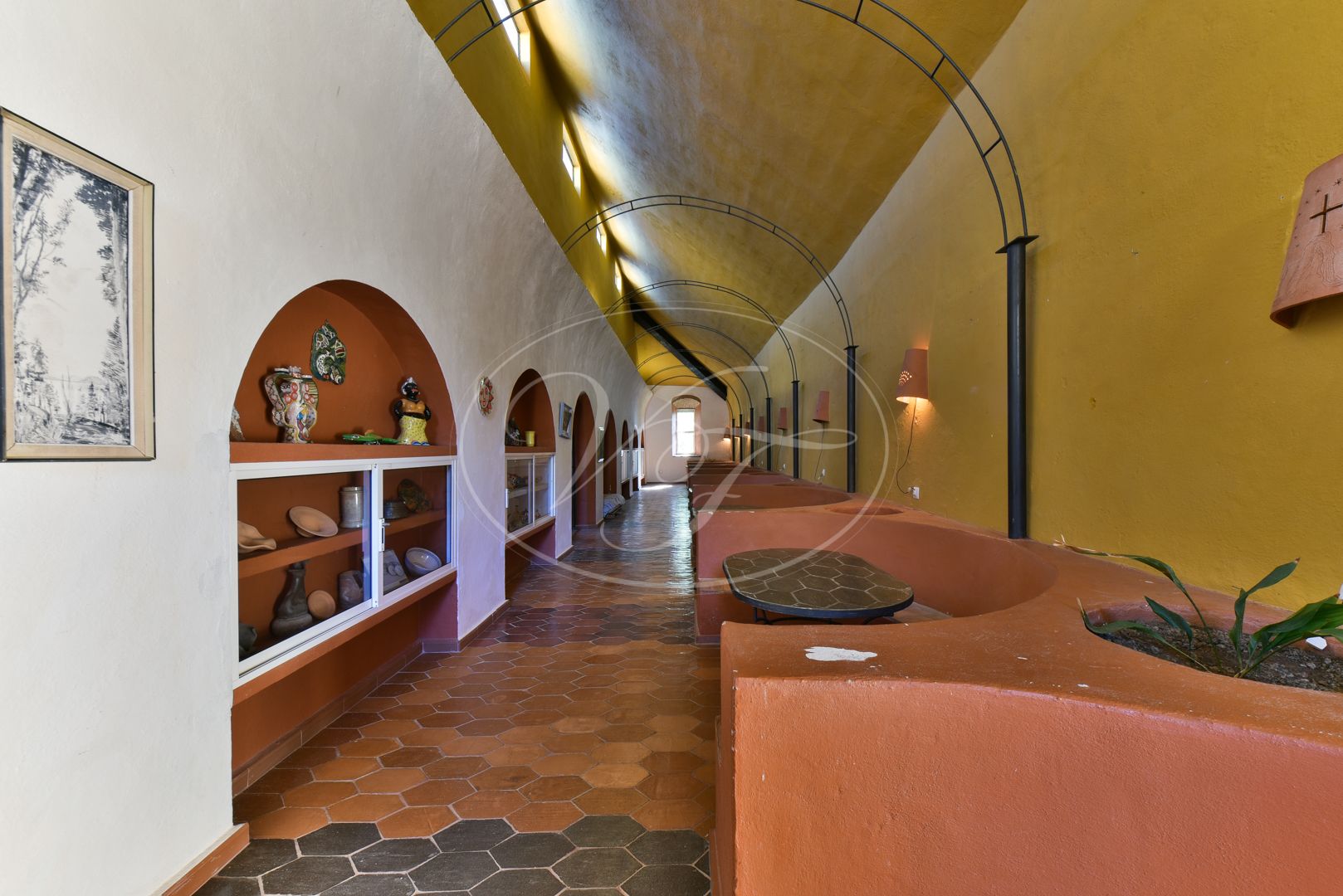 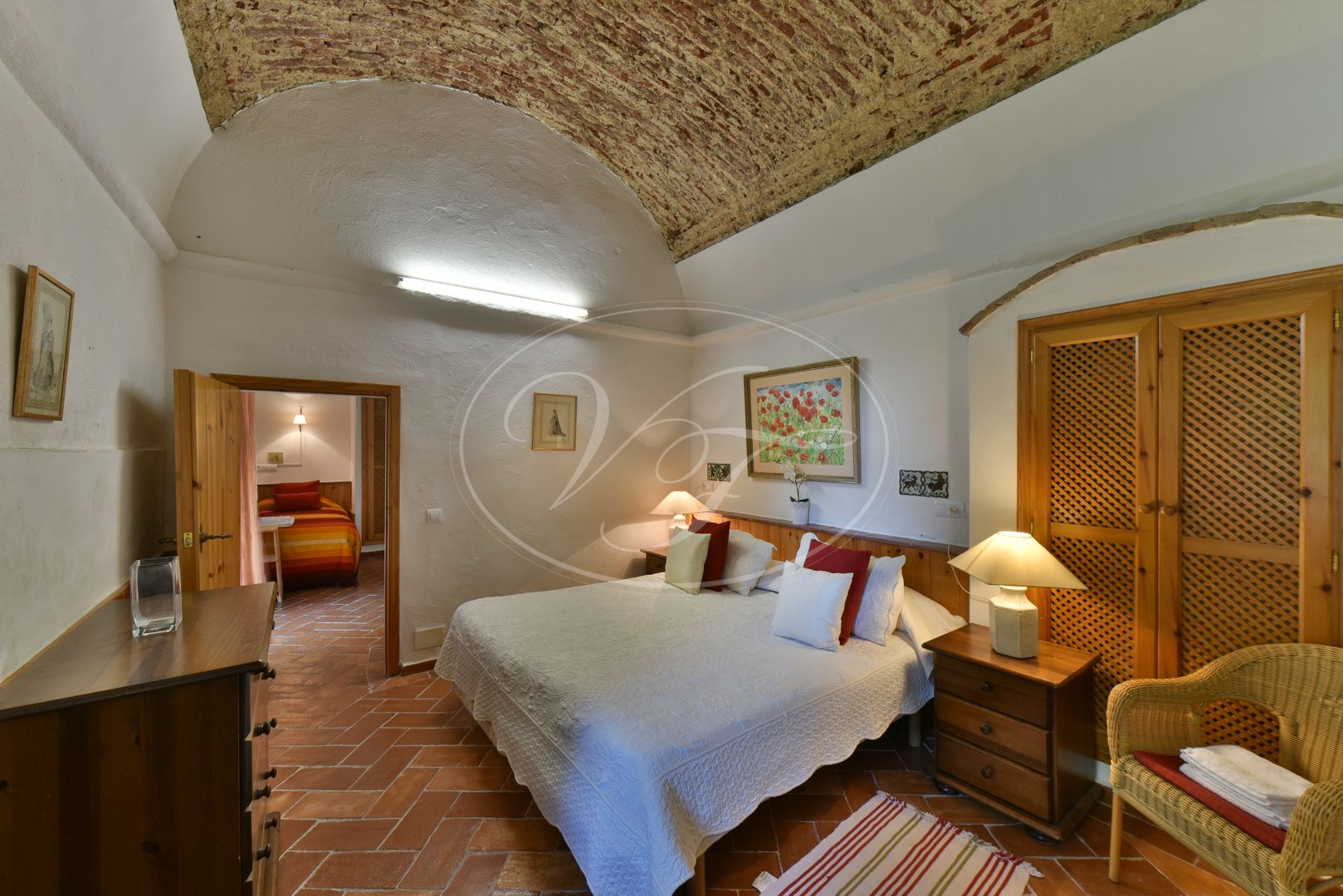 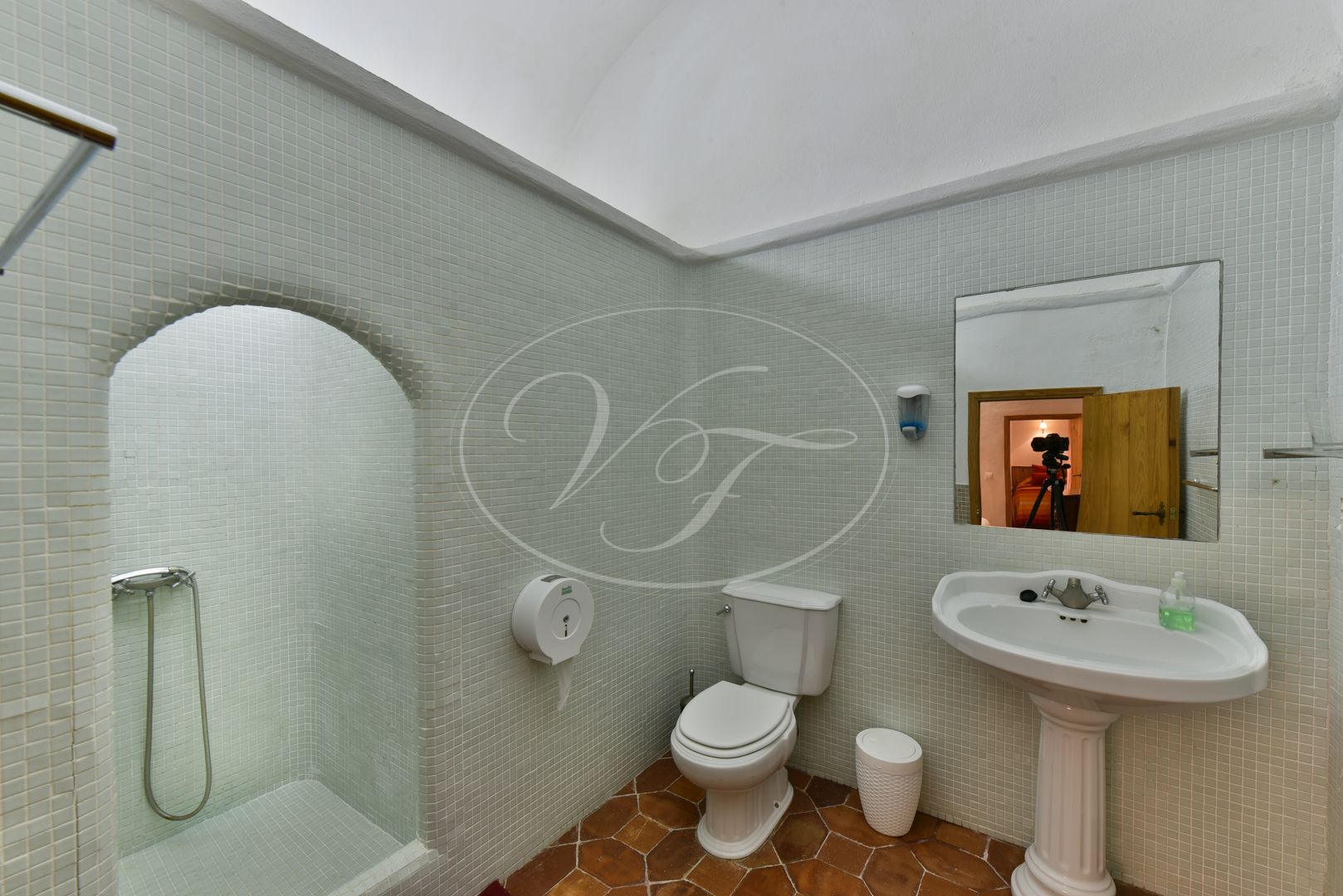 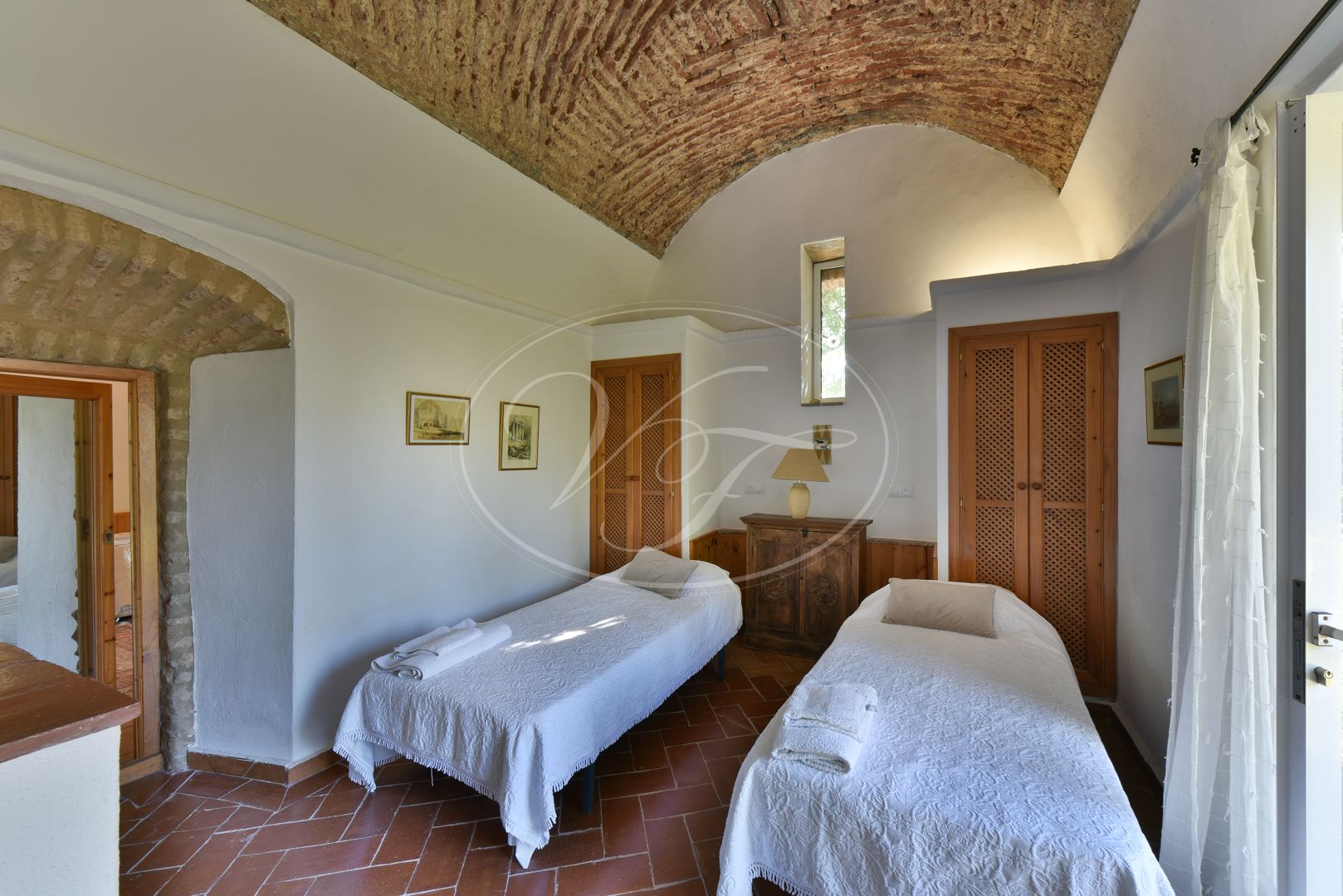 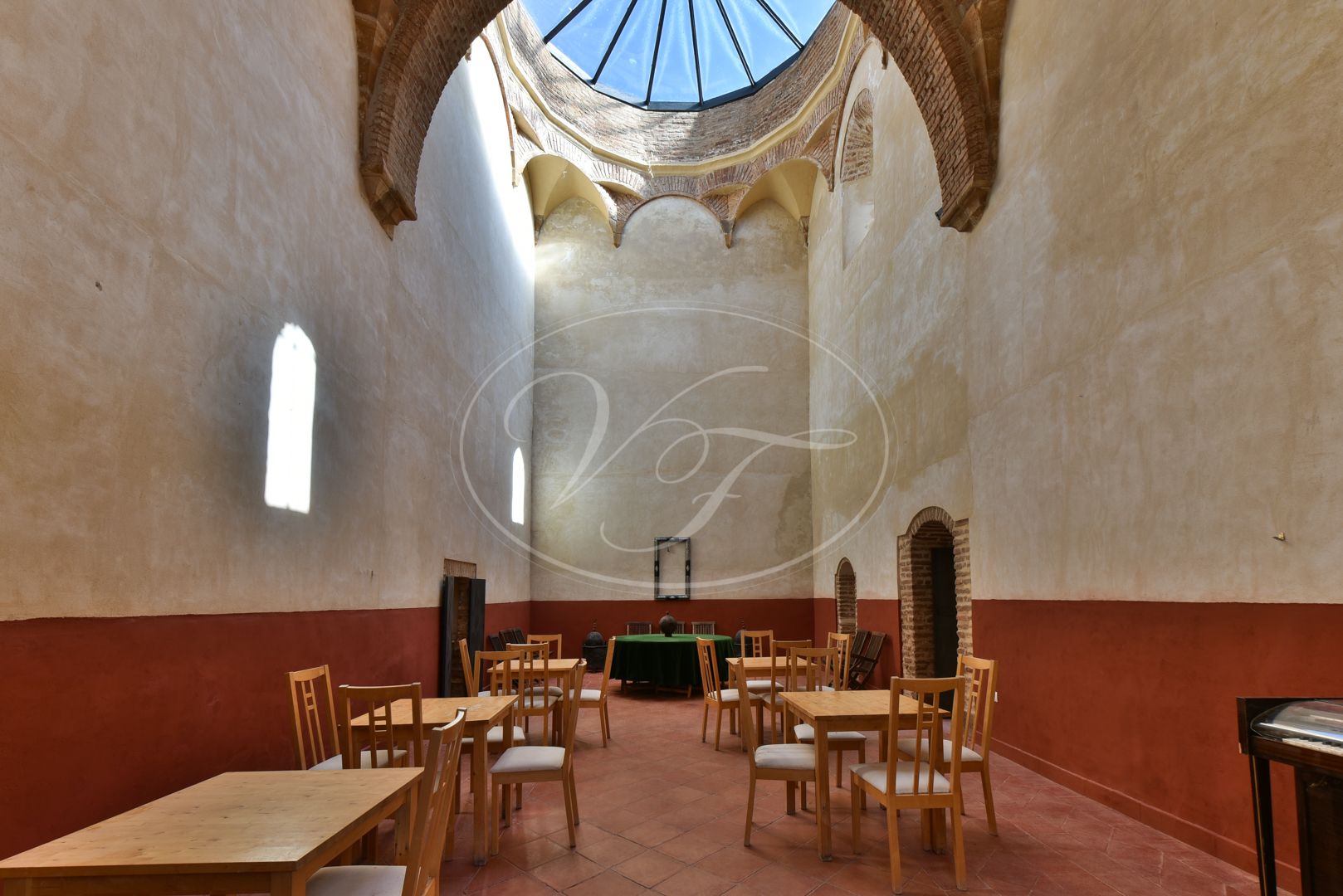 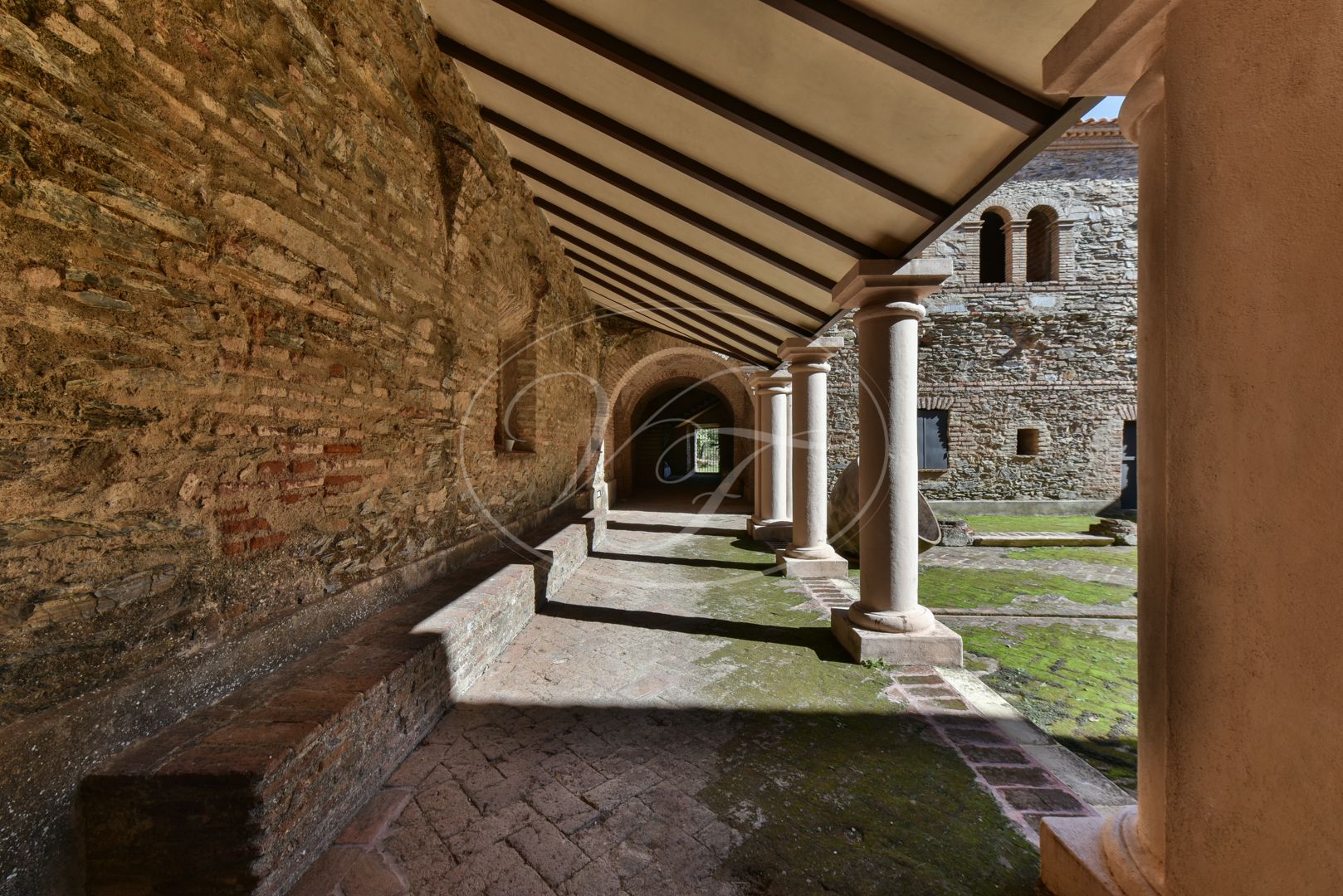 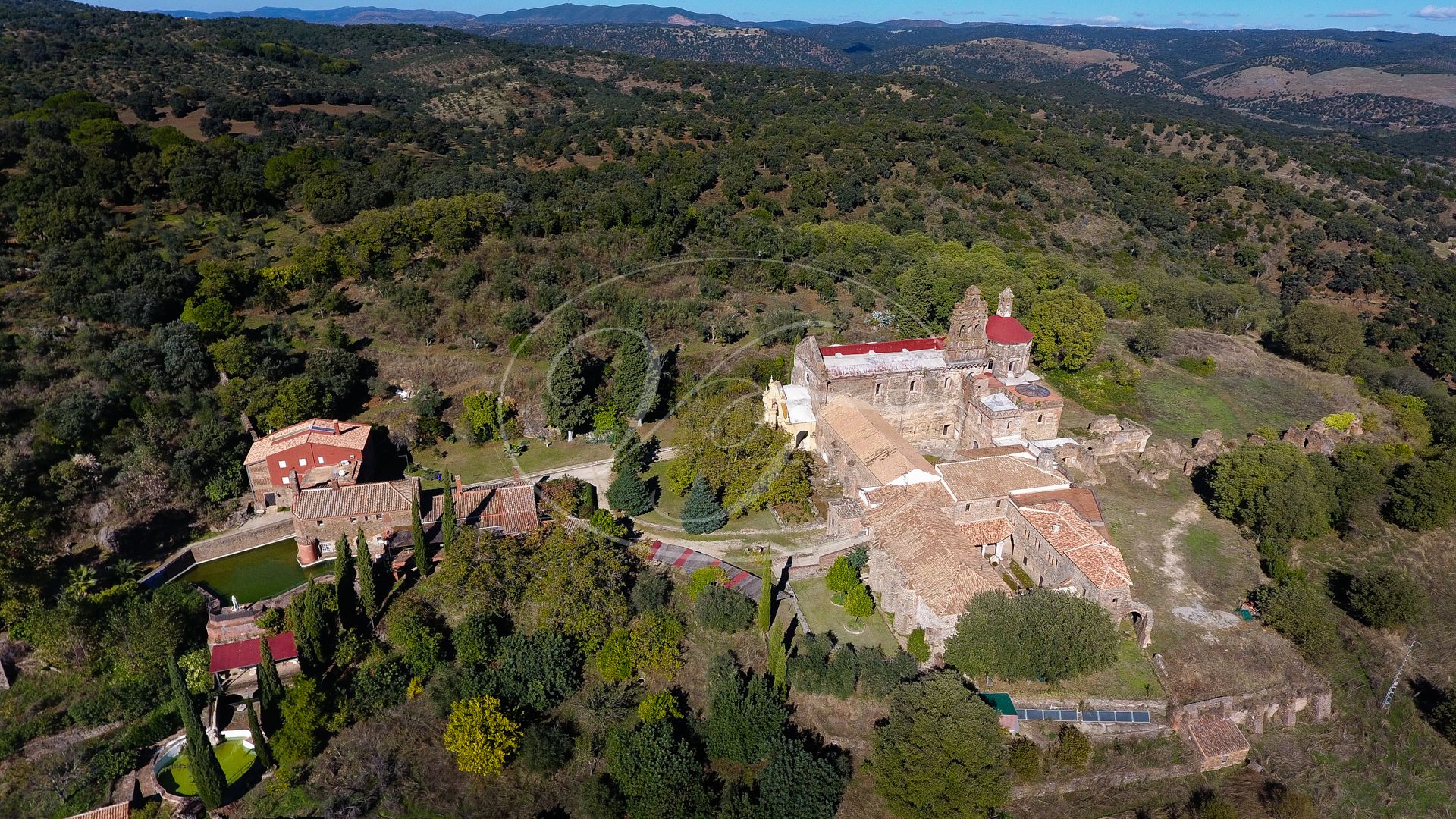 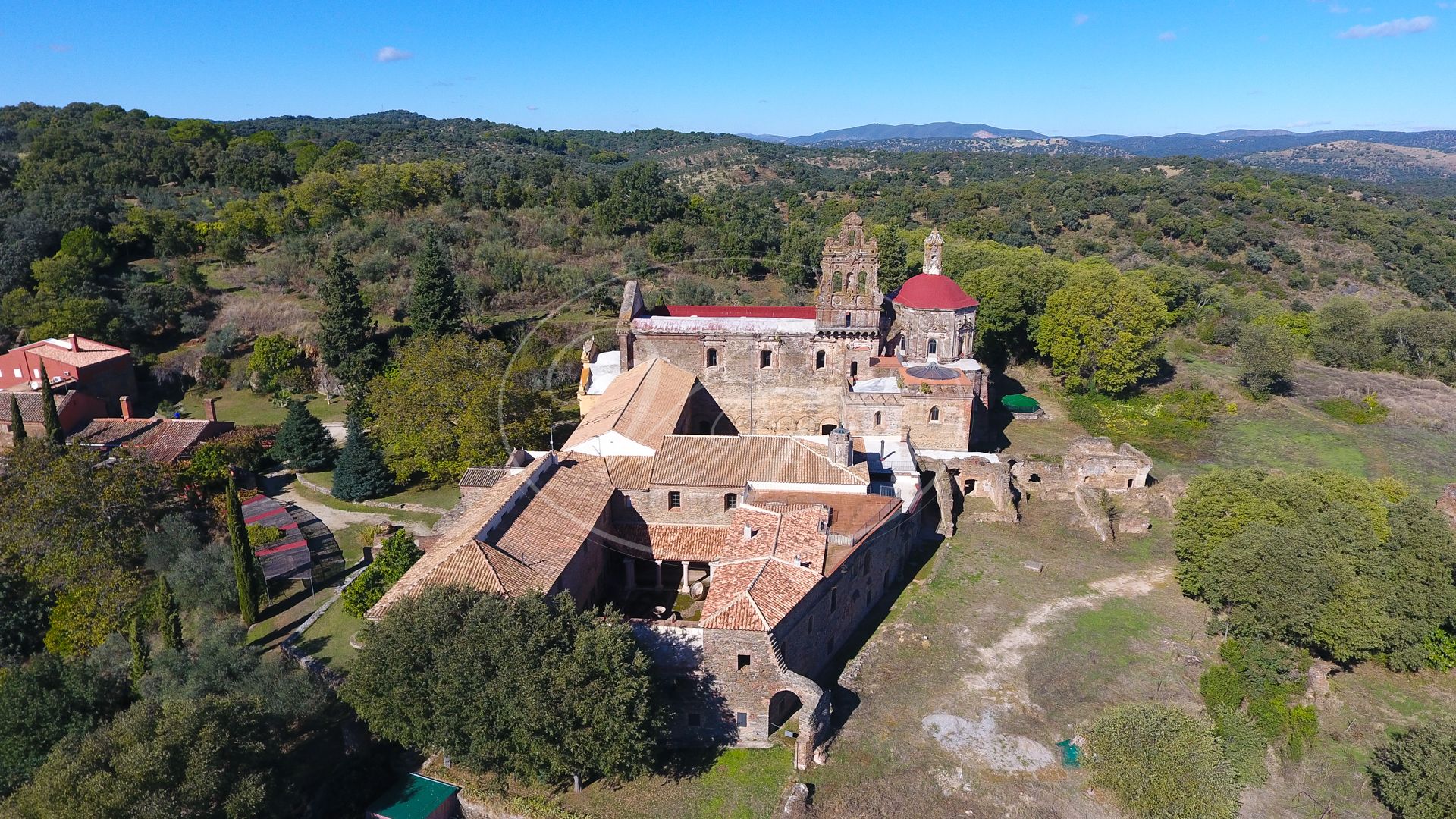 Partly reformed monastery, dating back to the 15th Century, with accomodation for a rural hotel, in the Sierra Norte, Seville province, Andalusia, Spain. Seldom do we come across such a magnificent historical property. The origins of the building are from the Moorish times from the 8th Century. In the 15th century the monastery was established.

The monastery complex originally comprised a number of buildings which include a church, various chapels, various cloisters, refectory, library, balneary, infirmary and the rooms or cells for the monks. Nowadays, the chapel at the entrance, the pilgrims chapel has been converted into accomodation with a reception room, an office, 3 lounges, a kitchen and three bedrooms and 3 bathrooms. This guesthouse is surrounded by a nice gardened area, covered terraces and a pool. Although pool might not be the right word here. The old water basin, constantly filled with fresh water from the spring, is perfect to swim in during summer. The former laybrothers’chapel, accomodations and cloister is now in use as a small rural hotel and holds 7 rooms with bathrooms and several lounges, a dining/breakfast room. For groups and weddings there is a possibility to use the 225m2 church, with impressive dome, the large cloister (18×18) or the refectory (175m2). There is another chapel of 112m2 available for group meetings and a smaller chapel is offered to install the catering. The old cells and cloister of the monks is a complete ruin, only rests remain. It would do the property justice to restore these. We do understand however that that would be a large investment.

The guesthouse and rural hotel accomodation are in good condition. The church, chapels and common rooms have been stabilized to be able to use them safely. The restoration is a time consuming project, which has to be taken step by step. The monastery is proclaimed a Spanish national monument and further restoration should only take place in close cooperation with the authorities.

At present the Monastery offers guided visits, and the accomodation can be rented for events, weddings, workshops. Since it is registered as a rural hotel it can also be rented by rooms. The scenery is spectacular and it cries out for further investments to reform the cloisters, the gardens, the chapels and the common rooms.

The extensive grounds has olive trees with a production of 3000kg of olives per year, many chestnut trees, cork oaks and provide a wide variety of mushrooms in autumn.

The property is connected to the mains electricity, has its own water from the spring with purification system. The hotel rooms have central heating. Hot water is provided by solar panels with a gas heater as back up. Located at a 10 minute drive from a village, 1 hour from Seville an the airport. 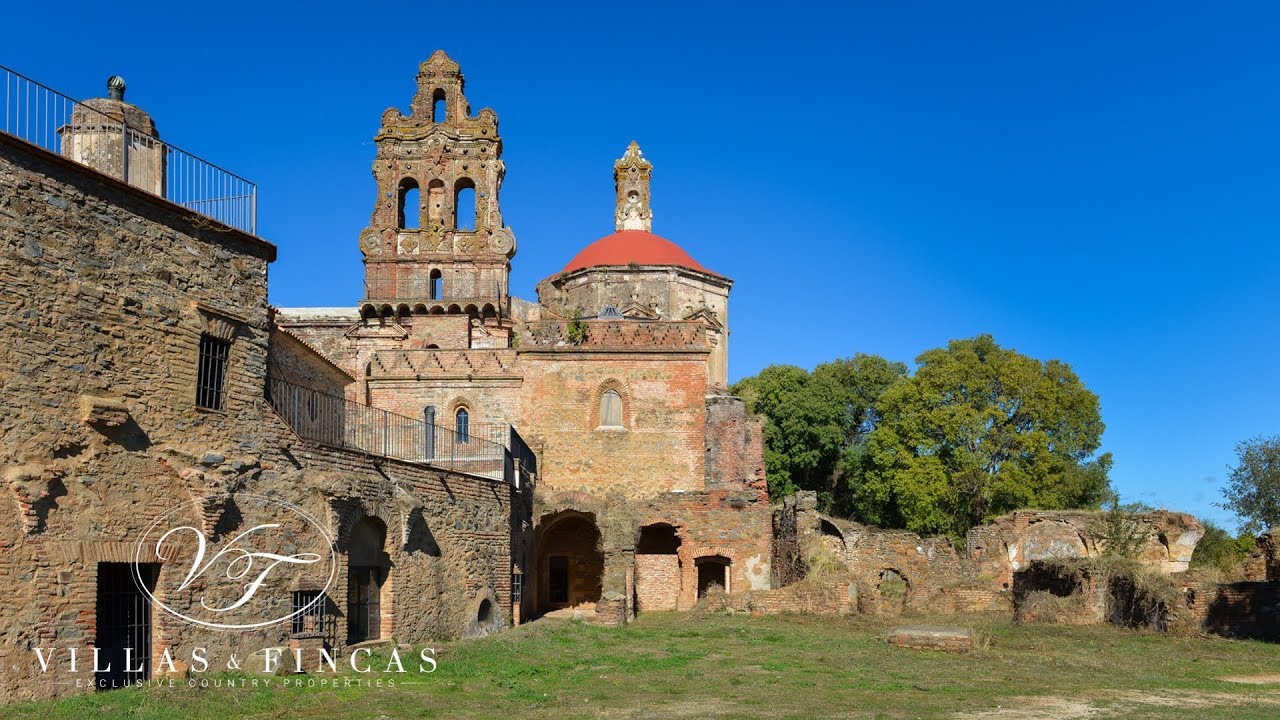 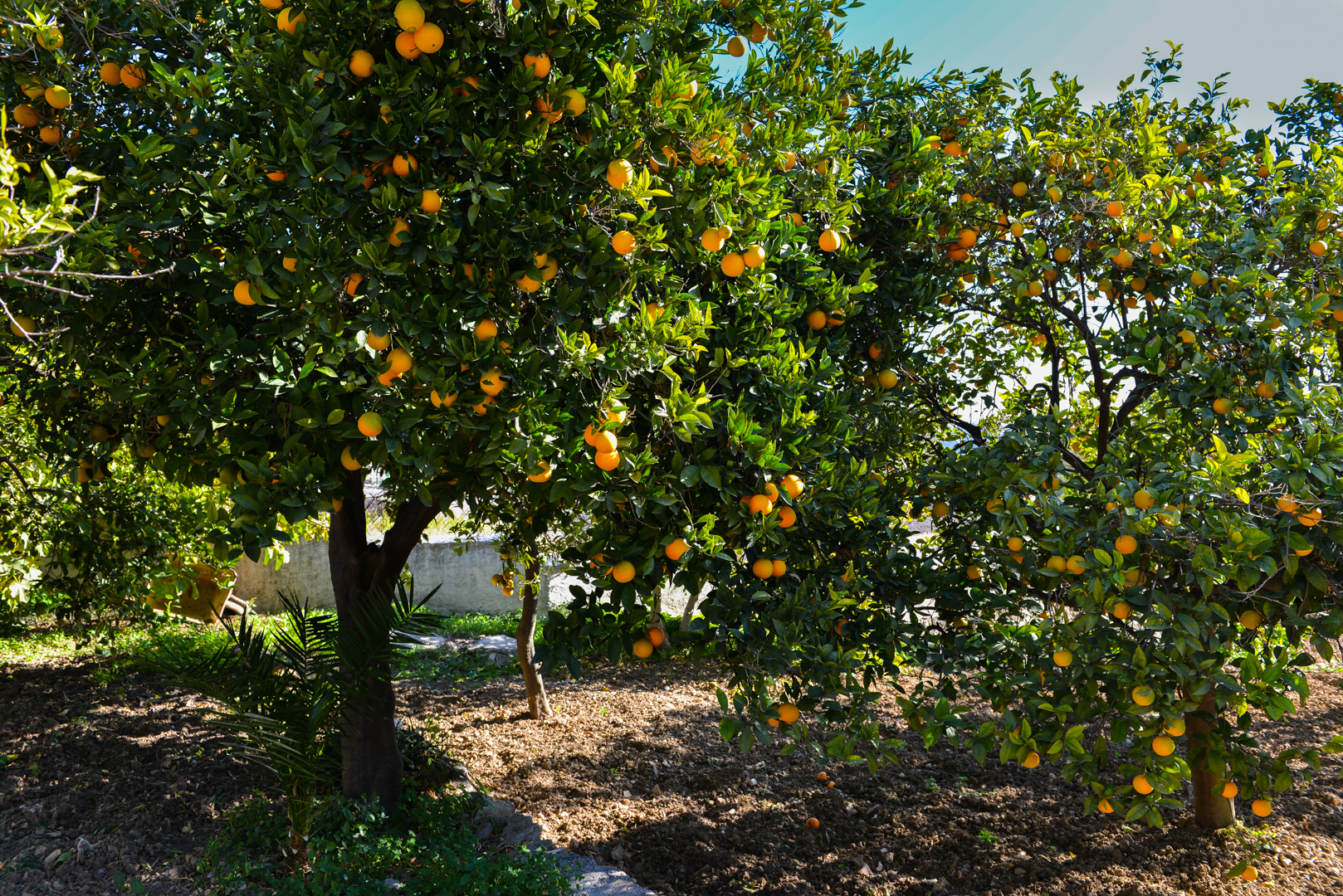 Information about Seville About the area
Similar Searches